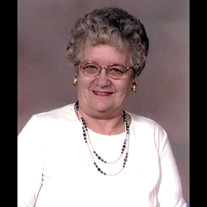 Lora Lee Broman (Behmerwohld) was born to Harry Lee Behmerwohld and Lillian (Enterline) Behmerwohld on October 30, 1940 in Valparaiso, NE. She was one of a set of twin girls. She passed at Heritage Crossings in Geneva, NE on August 29, 2017 at the age of 76 years 9 months and 30 days with her husband by her side. Being one of the first born to a large family, a strong work ethic was instilled from the beginning. Chores and duties were given from the start. Her first job was washing dishes at a local cafe. Every bed in the household received a new double blanket made of flannel from her paychecks. Lora was born with the love of horses. She walked two miles to learn to ride on a horse named Gypsie. She had several horses, but her last was Goldie. She loved and was in her element when she was watching and teaching children about horses. Employment led her to Ogallala, NE where she met and married Richard Whitecalf. Roxie was born to this union. They later divorced and Ralph later adopted Roxie after Ralph and Lora were married. Lora then moved, along with her family, to Clay Center, NE where she found employment at a nursing home in Fairmont, NE. She fell in love with the local policeman, Ralph Broman. Their similar interests lead them to trail-rides, camping, bus tours, and enjoying life together. They had so many of the same interests, and this was a perfect union. They married on July 27, 1963. They later moved to Geneva, NE where they had two sons Wayne and Keith. She was also blessed with step-children Marilyn, Kenny, and Jeanette that she considered her own. While making a home in Geneva, she also worked at the Jack & Jill grocery store for many years and later moved on to be a cottage parent at YRTC. Lora had many interests, with cooking being one of them. The comment made was “she can make a meal out of nothing, and nothing was wasted at her household, either it was put in a jar or frozen.” One of her biggest blessings was making cookies with her grandchildren for the fair or anytime. Sewing was another passion. She belonged to a quilting club in Geneva. The warmth of those quilts blessed many people. She had made a quilt for a boy from his grandfather’s shirts after his death. Her beautiful cross-stitching was loved by many. She also loved to bowl and was part of a league for many years. Even with declining health, family was her main focus and source of her enjoyment. This enjoyment increased with every grandchild. She proudly showed each one's picture with every visit. Lora was preceded in death by her father Harry Lee Behmerwohld and mother Lillian (Enterline) Behmerwohld; brother Gary Behmerwohld; brother- in-law William Caudy; sister-in -law Virginia Hopken; and sister-in-law Helen VanAndel. Lora is survived by her husband Ralph Broman; sons Kenny and Gayle Broman of Aurora, NE, Wayne and Linda Broman of Fairmont, NE, Keith and Cheryl Broman of Geneva, NE; Daughters Roxie Broman of Omaha, NE, Marilyn McRee of Vincent, AL and Jeanette Lutton of Sylmar, CA; brother and sisters Dora Caudy of Geneva, Sharleen (Lynn) Stivers of Callaway, NE, Sherri (Paul) Trout of Omaha, NE, William (Susie) Behmerwohld of Bruning, NE, Carol Mathiesen of Geneva, NE; brother in law Lambert Hopken of Geneva, NE; grandchildren: Kevin Broman (Christina), Matthew Broman, Shana Svoboda (Matt), Kristin Bettger (Matt), Heather Lightwine (Tyce), Jamey Broman, Kyle Broman, Jordan Broman, Alexandra Broman, Kyla Broman, Gregory Salzmann, Christine Barry, Jessica Lutton, Sarah Rose Lutton and many Great Grandchildren, nieces nephews and friends. A funeral service for Lora was held on Friday, September 1, 2017 at 10:00 a.m. at the First Congregational United Church of Christ in Geneva. Pastors Stuart Davis & Jeff Jensen officiated the service. Nancy Cradduck provided prelude and postlude music. Recorded selections “I Remember You,” “Love Without End, Amen,” and “Lead Me Home” were played during the service. Pallbearers for the service included Kyle Broman, Kevin Broman, Matthew Broman, Matt Bettger, Tyce Lightwine and Jeff Whitley. Interment was held in the McCool Cemetery following the funeral service. Farmer & Son Funeral Home conducted the services and online condolences may be left at www.farmerandsonfuneralhome.com Memorials are suggested to the Alzheimer’s Association.

Lora Lee Broman (Behmerwohld) was born to Harry Lee Behmerwohld and Lillian (Enterline) Behmerwohld on October 30, 1940 in Valparaiso, NE. She was one of a set of twin girls. She passed at Heritage Crossings in Geneva, NE on August 29, 2017... View Obituary & Service Information

The family of Lora Lee Broman created this Life Tributes page to make it easy to share your memories.

Send flowers to the Broman family.