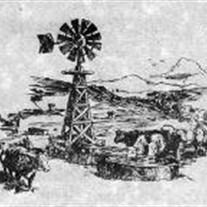 Louis Dale (Shorty) Svec was born to Louis J. and Rose M. (Becwar) Svec on Sept. 25, 1936, at Milligan, Neb., and passed away on July 11, 2012 at Bryan LGH West in Lincoln, Neb., at the age of 75 years, 9 months and 16 days. He was one of three children in the family. Louis Dale lived on the family farm for the first 65 years of his life and moved to Milligan in 2001, where he lived the remainder of his life. He graduated from Milligan High School in 1954. He farmed his family's land and worked with cattle his entire life. His love of music rivaled his love of farming. He played saxophone and clarinet in the U-Neta Orchestra, Leonard Becwar Orchestra, Milligan Czech Brass Band, Lou Arnold Orchestra and many other area bands. His talent brought Czech and popular music to people's lives for more than 58 years. In 2007, he was inducted into the Polka Musician's Hall of Fame with a special ceremony at Ron's Tavern in Milligan. Louis Dale was equally talented in carpentry, helping to build many of the buildings on the family farm, as well as trailers, furniture and special pieces for family members. Anyone who knew him, knew Allis Chalmers was his choice of farm equipment. Through the years he acquired numerous pieces of Allis Chalmers equipment, filling his farm buildings with "orange." One highlight of his life was an international tour with the Leonard Becwar Orchestra that took him to Czechoslovakia. He was a fixture in the lives of nephews, great nephews and his great niece. Through two generations, he never missed their sporting events or activities. He always had time and a kind heart for children and arrived at many birthday parties with Allis Chalmers toy models as his gift. To all the kids in his life, he was beloved Uncle Shorty. During his life he volunteered for several local organizations. In the past, he had spent time on the Glengary Township Board and the Milligan Auditorium Board while also being a member of the Milligan Rural Fire Department. He was recently active on the Bohemian National Cemetery Board. Louis Dale was preceded in death by his parents and older brother, Lloyd, who passed away in 1933. He is survived by his brother Leslie and wife Cheri of Milligan. Nephews Kyle (Rebecca) and their children Kole and Tucker of Milligan; and Kevin (Angie) and their children Grant and Cassidy of Gretna along with numerous cousins. Services for Louis "Shorty" Svec will be Saturday at 10:30 a.m. at the Farmer & Son Funeral Home Kotas Chapel in Milligan, Nebraska. Interment will be in the Bohemian National Cemetery. Visitation will begin Friday at 1:00 p.m. until 8:00 p.m. at the Kotas Chapel in Milligan.

The family of Louis D Svec created this Life Tributes page to make it easy to share your memories.

Send flowers to the Svec family.