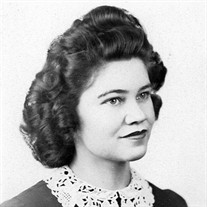 A Memorial Mass Of Christian Burial will be held on Friday, May 10, 2019, at 10:30 a.m., at St. Stephen Catholic Church in Exeter, Nebraska, with Monsignor Daniel Seiker presiding along with concelebrant, Father Maurice Current. Praying of the Rosary will be held on Thursday, May 9, 2019, at 7:00 p.m., at St. Stephen Catholic Church in Exeter, Nebraska. No Visitation - Cremation. Burial of Ashes will be held 2:00 p.m., Friday, May 10, 2019, at the Bohemian National Cemetery in Milligan, Nebraska. In Lieu of Flowers - Memorials are to be directed to Saint Stephen Catholic Church or Exeter Senior Center. Loyola Jane (Becker) Votipka Kaiser was born to Paul & Clara (Noel) Becker on the family farm southeast of Exeter on April 11, 1927. She was one of eight children. She passed away on May 5, 2019 at the Utica Care Center in Utica, Nebraska. She had just celebrated her 92nd birthday on April 11th. Jane met Rueben F. Votipka at a dance in Burress, NE. They married on Sept. 22, 1950 at St. Stephens Catholic Church in Exeter and lived on a farm east of Geneva, NE. They had two children James R. Votipka and Carol J. Votipka. Rueben was killed in a car accident on Feb. 17, 1955. She remarried on Aug. 16, 1956 to Albert A. Kaiser. They had one daughter, Paula A. Kaiser. They were winter Texans for many years. They enjoyed going to Mexico and swap meets. Jane attended grade school at District 72 for 4 years and graduated from 8th grade from St. Stephen's Catholic School. She graduated from Exeter High School in 1944. Jane took normal training in high school and summer school at the University of Nebraska Lincoln. She started teaching the first year in the fall of 1944 by riding a horse to District 94 where she taught for 2 years. She later bought a Model A Ford car from John (Peas) Becker for a $100. She then taught 4 years at District 22. She had many fond memories of her teaching days and bragged about her students. She was a charter member of The Lady Birds Extension Club. She was a member of the American Legion Auxiliary #218 where she was a Gold Star sister. She was a member of St. Stephen's Catholic Church of Exeter, NE, where she taught CCD for several years. She enjoyed two overseas trips with her sister Cenie. One included Germany, Austria, Switzerland and Italy and the other Norway, Sweden and Denmark. Jane was preceded in death by her parents, her two husbands and six of her siblings: Theresa Kelch, Arthur Becker, Max Becker, Paul Becker, Alice Folkers, and Bona Rust. Also, a son-in-law Don Harris and sister-in-law LaVonne Vitello. Jane is survived by her son, James (Judy) Votipka of Geneva, NE. Granddaughter Claire (Brad) Kosmicki and their children Elizabeth Grace, William, and Grant of Pocatello, ID. A daughter, Carol Harris of Concord, NC, Grandson Chris Harris of Charlotte, NC. and Granddaughter Kari Harris of Charleston, SC. A daughter Paula (Randy) Kaiser-Asmus of Lincoln, NE and a Grandson Matthew (Gina) Yakel and their children Billie Deana and Mazzy Jane of Yorktown, TX. She is, also, survived by a sister, Cenie Sackschewsky of York, NE and many nieces and nephews that were special to her. Two surviving cousins Alfred Crick of Omaha, NE. and Don Milroy of North Platte, NE.

A Memorial Mass Of Christian Burial will be held on Friday, May 10, 2019, at 10:30 a.m., at St. Stephen Catholic Church in Exeter, Nebraska, with Monsignor Daniel Seiker presiding along with concelebrant, Father Maurice Current. Praying of... View Obituary & Service Information

The family of Loyola Jane Kaiser created this Life Tributes page to make it easy to share your memories.

A Memorial Mass Of Christian Burial will be held on Friday, May...