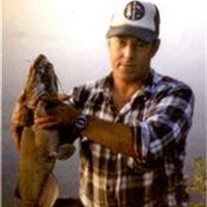 Memorial services will be held at the First Congregational United Church Of Christ in Geneva on Saturday, July 30, 2011 at 11:00 a.m. Lynn Lyman Koehler was born September 7, 1938 to George Lynn Koehler and Alice Evalyn Armstrong Koehler. He was the oldest of three children. Lynn received his education at Geneva Public School, graduating from Geneva High School with the Class of 1956. Lynn was baptized and confirmed in the First Congregational Church of Geneva, Nebraska. During his high school years Lynn participated in football and basketball. He was a member of the GHS championship basketball team of 1956. Lynn was always an outdoors person: hunting, fishing, trapping and rock collecting at an early age. He continued those hobbies throughout his life. After high school Lynn attended Doane College for two years, where he was a member of the football team as a place kicker. In 1959 he married Gail Wilhelms of Bruning, Nebraska. To this union two children were born, Jeffrey Lynn and Angela Jo. Lynn was the manager for lumber yards at various locations in Nebraska, Kansas and Wyoming. A significant stop in this progression was Neligh, Nebraska where Jeff graduated from high school. The family moved from Neligh to Lander, Wyoming where Angie graduated. Lynn was employed in the steel building business in Lander. Lynn earned an Associate of Arts Degree at the Nebraska Indian Community College in 1988. He continued his education at Wayne State College and graduated in 1990 with a Bachelor of Science degree. After graduation Lynn made his home in Santee and Niobrara, Nebraska. He was a licensed substance abuse counselor for a number of years for the Santee Sioux H.E.A.R.T. program. Lynn was very dedicated to helping the clients he served. As a particular hobby, Lynn became a collector of bottles: antique, unique or unusual in design or make. He traveled to bottle shows in Nebraska, Minnesota, Iowa, Illinois, Missouri, and Oklahoma. He was a very gregarious individual, never having met a stranger. The telephone and computer were his “friends”. He used them freely to stay in touch with many of his classmates, relatives and friends. He found love, friendship, and support in his last years with Karen Salmon of Hastings, Nebraska. He is survived by his son, Jeffrey Koehler (Portland, OR) daughter, Angela Allen and husband Jim (Northport,AL), sister, Alice Louise Tatro, (Geneva, NE) brother, Richard Koehler and wife Sue (Butler, MO) and a host of nieces, nephews and friends.

The family of Lynn L. Koehler created this Life Tributes page to make it easy to share your memories.

Memorial services will be held at the First Congregational United...

Send flowers to the Koehler family.