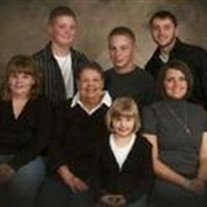 On a hot windy afternoon, June 22, 1939 at Shickley, Nebraska, the 4th daughter of Dave and Elma (Springer) Steider was born.  She was named Margaret Ann.  As a child her dream was to become a nurse or a missionary as she was always visiting the neighborhood and helping anyone in need. Margaret’s love of nursing brought her full circle in her career, beginning at Fillmore County Hospital 51 years ago.  Since that time she has been providing patient care throughout the Midwest.  She attained her Bachelor of Science in Nursing and a Master’s in Nursing Administration.  She was the housemother at the University of Nebraska’s chapter of Farmhouse Fraternity for nine years, and also worked at Hospice Care of Nebraska.  According to Margaret’s wishes, her body was donated to science so that others in the medical field might benefit.  Margaret retired in Imperial, Nebraska to be near her youngest grandchildren. Margaret always had many close friends throughout her colorful life and could engage just about anyone, anytime or anywhere.  She felt it was important to be open and found pleasure in learning something new every day. Her path was always on the road less traveled, and if asked, she would say I’d do it all over again, as life was all about the people she met in this journey. Margaret was the mother of three children.  Craig (wife,Terri) Uden of Elwood, Nebraska, Carmen (husband, John) McKeever, of Wymore, Nebraska and Amy (husband, Rex) Prior of Imperial, Nebraska.  The greatest gift God gave to Margaret was her six grandchildren; Blair Uden (fiancée, Jon Caraway), Andrew Uden, Caleb McKeever all of Lincoln, Jared McKeever of Wymore and Lauren and Kendall Prior of Imperial.  Margaret is also survived by sisters Frances Roth of Seward, Wilma (Richard) Lichti of Shickley, Sandra Kennel of Hastings, Janet (Bill) Wilson of Hazard and sister-in-law, Betty (Jim) Gish of Lincoln, as well as a whole host of nieces and nephews. Preceding her in death were her parents, Dave and Elma Steider; brother, Dave Steider Jr.; and sister, Lucille Swartzendruber. Life was Margaret’s journey, God her guide and Faith her companion. In lieu of flowers, memorials can be sent to Chase County Hospital Foundation, P.O. Box 819, Imperial, NE 69033 Memorial service for Margaret will be Thursday, September 29, 2011, at 4:00 p.m. at the United Methodist Church in Geneva, Nebraska.

On a hot windy afternoon, June 22, 1939 at Shickley, Nebraska, the 4th daughter of Dave and Elma (Springer) Steider was born.  She was named Margaret Ann.  As a child her dream was to become a nurse or a missionary as she was always visiting... View Obituary & Service Information

The family of Margaret A. Uden created this Life Tributes page to make it easy to share your memories.

Send flowers to the Uden family.