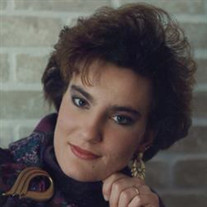 Martha Jean (Dailey) Kilgore was born to Robert Joseph Dailey and Carol Neville Dailey on November 8, 1971 at Lincoln, NE and passed away September 24, 2015 at her home in Aurora, NE at the age of 43 years. She was one of two children in the family. Martha was born and raised in Geneva, Nebraska. A place she would forever refer to as “home”. She was baptized and confirmed at the St. Jospeh’s Catholic Church in Geneva. As a young child Martha enjoyed playing with her collection of matchbox cars, riding her bike up and down her street, and helping take care of various baby animals out at Grandma Dailey’s farm. She followed her big sister like a little puppy, and they shared many interests and likes such as a love of music, baking with their mother, and hanging out at the swimming pool with their friends. A fond memory of her sister’s is when they were very young, they would wear towels on their heads pretending it was their long hair and put on concerts for their mom & dad, singing Crystal Gayle and Sonny & Cher. As she got older, she found her first love… THE JEEP, and in that jeep many memories and lifelong friendships were made. At times she had so many friends packed in the jeep that the tires appeared flat. She was an avid water skier, and she spent many weekends at Lovewell camping and boating with her family. She also loved a good party…loud music, cold beer and a good game of pitch or boo ray. After graduating from high school, Martha went on to receive her bachelor’s degree in social work from University of Nebraska –Kearney. She worked in various positions, always helping others through the years after obtaining this degree. Martha met the love of her life, Les Kilgore, on a blind date and they were married on December 11th, 1999, and to this union two amazing, beautiful children, Jackson & Kalli were born. A mother’s love for her children is the most powerful and unconditional love there is…this was true for Martha. Her children were her light. She did all she could to be at their games, their school programs, and just spending quality time talking and laughing with them. Martha had so many interests through the years that it’s impossible to list them all, but to name a few…she loved her People magazine, the history channel, and Husker football. Just to name a few. Pain is like water, it finds a way to push through any seal. There is often no way to stop it. Sometimes you have to let yourself sink inside of it – Before you can learn to swim to the surface and find peace. Let us not think of Martha as her latest self, but as her best self- The best she ever was. For in her liveliest, most outgoing, most effervescent self… She was a hard act to follow. Martha was preceded in death by her mother and father Carol Dailey and Joe Dailey; grand parents Francis & Evelyn Neville, Claire Dailey , Barbara Dailey. She is survived by husband Les Kilgore, children Jackson and Kalli Kilgore; sister Sara Sherman; Step mother Diane Dailey, brother-in-law Shawn Sherman; step brother TJ and Jen Marx; step sister Carrie & Scott Whitcomb; nephews Tanner Leick and Tucker Sherman; niece Maddie Jo Marx; In-laws Wally & Luanne Kilgore, brothers-in-law Turrwan & Trish Kilgore and Willis Kilgore and various nieces and nephews. Memorial Service for Martha will be 10:30 a.m. Saturday, October 3, 2015 at the Farmer & Son Funeral Home in Geneva, Nebraska. Cremation / No Visitaton Private family committal of ashes will be at a later date. Memorials are directed to the family for later designation in lieu of flowers.

Martha Jean (Dailey) Kilgore was born to Robert Joseph Dailey and Carol Neville Dailey on November 8, 1971 at Lincoln, NE and passed away September 24, 2015 at her home in Aurora, NE at the age of 43 years. She was one of two children in the... View Obituary & Service Information

The family of Martha J. Kilgore created this Life Tributes page to make it easy to share your memories.

Send flowers to the Kilgore family.