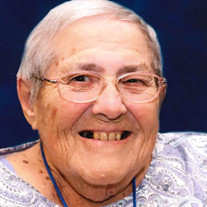 A Private Family Mass Of Christian Burial for Marvel will be held on Thursday, July 2, 2020 at St. Joseph Catholic Church in Tobias, Nebraska with Fr. Robert Barnhill presiding. Visitation will take place on Wednesday, July 1, 2020 from 1:00 p.m. until 7:00 p.m. with the family present from 6:00 p.m. until the start of the Rosary at 7:00 p.m. at Farmer & Son Funeral Home - Kotas Chapel in Milligan, Nebraska. Praying of the Rosary will be held on Wednesday, July 1, 2020 starting at 7:00 p.m. at Farmer & Son Funeral Home - Kotas Chapel in Milligan, Nebraska. Graveside Services will be conducted following the funeral mass at the Tobias Cemetery in rural Tobias, Nebraska. Memorials are to be directed to the family to be designated at a later date. A Livestream Video of the services will begin at 10:30 a.m. To view the Livestream Video you can go to Farmer & Son Funeral Home's Facebook Page or in your search engine type @friendlyfuneraldirectors and click the link to Farmer & Son Funeral Home's Facebook Page. Marvel Ann Baxa, daughter of Rudolph J. and Anna (Novak) Jansky was born March 18, 1930 near Geneva, Nebraska. She passed away on June 28, 2020 in Crete, Nebraska at the age of 90 years 3 months and 10 days. Marvel graduated from Milligan High School in 1947. After graduation she taught school for two years at the Palmer, District 30 School in Saline County near Tobias, Nebraska. On May 31, 1949 she was united in marriage to Leonard J. Baxa. They made their home on a farm northeast of Tobias, Nebraska where they lived until March of 2017. To this union 10 children were born. Eight sons and two daughters. Marvel was a member of St. Joseph’s Altar Society and held several offices over the years. She also taught C.C.D. classes and saw many changes in the ways of presenting the material. She enjoyed teaching the children and hoping that what she tried to instill in them bore fruit. Her church was very important in her life. Marvel also worked at the Meridian Public School system as a part-time cook. A plaque was given to her for 22 years of service. Marvel was a loving wife, mother, grandmother and great-grandmother. She leaves to mourn her sons: James Leonard and Peggy of Crete, Nebraska; Daniel Joseph and wife Julie of Western, Nebraska; Steven Ray of Wilber, Nebraska; Ralph David and wife Jan of Tobias, Nebraska; Leonard John and Betty of Beatrice, Nebraska; Kevin Dean and wife Dawn of Roca, Nebraska; Michael Robert and wife Lisa of Clay Center, Nebraska. Daughters, Connie Lee Novotny of Sioux Falls, South Dakota; Sandra Renee and fiancé Kent of Jasper, Minnesota; 23 grandchildren, 3 step-grandchildren, 30 great grandchildren and 8 step-great grandchildren. Brother, Robert Jansky and wife Shirley of Lincoln, Nebraska; one aunt and many nieces, nephews, relatives and friends. Preceding her in death are her husband, Leonard, parents, son, Allen, son-in-law, Wayne Novotny, sister, Elaine and brother-in-law, Edwin Grubbs.

A Private Family Mass Of Christian Burial for Marvel will be held on Thursday, July 2, 2020 at St. Joseph Catholic Church in Tobias, Nebraska with Fr. Robert Barnhill presiding. Visitation will take place on Wednesday, July 1, 2020 from 1:00... View Obituary & Service Information

The family of Marvel A. Baxa created this Life Tributes page to make it easy to share your memories.

A Private Family Mass Of Christian Burial for Marvel will be...