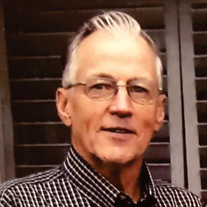 A Funeral Service for Max will be held on Monday, December 13, 2021 at 10:30 a.m. at the Bethel Church Of The Brethren in rural Carleton, Nebraska with Pastor Mike Row presiding. Visitation will be held on Sunday, December 12, 2021 from 2:00 p.m until 8:00 p.m. with family greeting the public from 5:00 p.m. until 7:00 p.m. at Farmer & Son Funeral Home in Geneva, Nebraska. Graveside Services will be conducted following the Funeral Service in the Bethel Cemetery. In Lieu of Flowers - Memorials are to be directed to the family to be designated at a later date. A Livestream Video of the funeral service will begin at 10:30 a.m. on Monday. To view the Livestream Video you can go to Farmer & Son Funeral Home's Facebook Page or in your search engine type @friendlyfuneraldirectors and click the link to Farmer & Son or click this link https://www.facebook.com/friendlyfuneraldirectors/Funeral and it should direct you to our Facebook Page. Max LeRoy Dowdy was born in Hebron, Nebraska on February 17, 1931 to Jesse LeRoy and Leta (Austin) Dowdy. He went to be with his Lord and Savior on December 7, 2021 at the age of 90 years, 9 months and 20 days. In Max’s early years, he lived on farms in the Carleton area. He moved to Hastings, Nebraska in 1938 and resided there until his mother died in 1945. He then moved back to Carleton living with his uncle and aunt, Homer and Ella Saylor. His father, Roy, married Ruth Hoffert in November of 1946 bringing Max and his brother Don back together. Max graduated from Carleton High School in 1949. In the fall of 1950, Max attended one year of college at McPherson College. In May of 1952, Max was drafted into the Army and served until 1954. Max was introduced to the love of his life, Marjorie Heath, by Marj’s brother, Lowell, who also served in the Army. Max and Marj were married on August 21, 1955. They lived near Carleton, NE for 50 years and were blessed with two sons, Stan and Doug. Max farmed for over 30 years in the Carleton area raising crops and livestock. Max loved his wife, children, grandchildren, and great-grandchildren. Max spent much of his time with his family. He enjoyed building model trains, playing ping pong, and watching his family participate in sporting events. He was an avid Husker football fan. Max also was an active member of the Bethel Church of the Brethren for over 60 years. Max served on the Shickley School Board for many years. During Max’s years of service, the swimming pool and the North Gym at the Shickley High School were constructed. Max was steadfast in his faith in Jesus Christ. His faith carried him throughout life’s ups and downs. He always took one day at a time. He served the Lord faithfully through his kindness and love for family and friends. He will be deeply missed by all that knew him. Max was preceded in death by his wife, Marj; his parents, Roy and Leta; step-mother, Ruth; daughter-in-law, Kelly Dowdy; and brother, Don Dowdy. Max is survived by his children, Stan Dowdy and his children, Luke and Brock all of Denver, Colorado; Doug Dowdy and wife Lori of Carleton, Nebraska; Doug’s children, Jordan Dowdy and his wife April and their children, Madelynne and Samuel of Lincoln, Nebraska; Justin and his wife Jillian and their children, Jackson and Jamie of Gothenburg, Nebraska; and Jessica Schoenholz and her husband Alex and their children, Garrett, Shaun, and Lauren of Bruning, Nebraska; sister-in-laws, Jo Ann Heath of Geneva, Nebraska and Marla Dowdy of Carleton, NE; brothers Dale Dowdy and his wife, Christy of Virginia, and John Dowdy and wife Doris of Hawaii; and nieces, nephews, and friends.

The family of Max LeRoy Dowdy created this Life Tributes page to make it easy to share your memories.

A Funeral Service for Max will be held on Monday, December 13,...