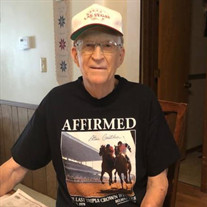 Norman L. “Hoot” Tesar, was born August 13, 1943 in Friend, Nebraska to Jerry and Leona (Krisl) Tesar. Hoot's life ended September 22, 2020 in Lincoln, Nebraska at Bryan/LGH East Medical Center after numerous battles with cancer at the age of 77 years, 1 month, and 9 days. Hoot was baptized at Gethsemane Lutheran Church in Ong, Nebraska on May 15, 1955. Hoot's early childhood was on a farm south of Tobias. He attended Tobias grade school until 1956. He then attended high school in Geneva, Nebraska graduating with the Class of 1961. After high school, Hoot attended Wayne State College and worked various jobs. In 1965, he was eligible for the military draft and was inducted into the United States Army. After one year stationed in the United States, he began a 13 month deployment in Vietnam. While stationed there, Hoot was the crew chief/machine gunner on a Huey helicopter with 162nd Assault Helicopter Aviation Company. The numerous flights over the jungle led to a constant exposure to Agent Orange spray used to control the jungle vegetation. Agent Orange exposure was later suspected to aid in his affliction with cancer. In 1967, Hoot was honorably discharged from the military, and he started Business College at UNL under the G.I. bill. Hoot graduated from UNL, but decided not to use his degree in business. Rather, he worked on and off in construction and the Geneva Liquor Store for many years. During this time period, Hoot met Mary (Kamler) Lauenstein, and they were married on January 22, 1991 in Las Vegas. They truly enjoyed their loving marriage, taking trips to Las Vegas, enjoying football games with their good friends Leo and Sharon, going to casinos, going to the horse races, enjoying their families, and enjoying life in general. After working in the Geneva Liquor store for a few years, Hoot began his last employment, once again with Webb Construction. This was a job he enjoyed the most, especially the friendship of co-workers. This construction career would continue until cancer forced him to reture in 1998. Hoot was preceded in death by his parents; stepfather Henry Cecrle; brother Gaylen Tesar; mother-in-law Rosie Peter; and sister-in-law Pat Lautt. He is survived by his wife Mary; son Tony & Karen Lauenstein of Shickley, Nebraska; grandsons Tyler & Kelsey Lauenstein and Dylan and Taylor Lauenstein and their son Mason Lauenstein, all of Shickley, Nebraska; brother Jerry L. (Jake) Tesar of Geneva, Nebraska and friend Pam Turner of Lincoln, Nebraska, sisters Marlys & Jim Voth of Kearney, Nebraska, Cindy & Steve Carrigan of Geneva, Nebraska; sister-in-law Betty & Bob Himmelberg of Lawrence, Nebraska; nieces & nephews; special friends Sharon and Leo Lott of Geneva, Nebraska; and numerous other friends. A Memorial Service for Hoot was held on Monday, September 28, 2020 at 10:30 a.m. at the East Side Event Center in Geneva, Nebraska. Pastor Stuart Davis officiated the Memorial Service. The recorded selections “For The Good Times,” “Go Rest High,” and “Apples, Peaches, Pumpkin Pie” were played during the service. “Call To Post” signaling the beginning of a Horse race was played at the conclusion of the Memorial Service. The recorded recessional song was “Precious Memories.” Interment was held in the Geneva Public Cemetery following the Memorial Service. Military Rites were performed by the Geneva VFW Samuel J. Marsh Post 7102 and the Nebraska Military Honor Guard. Farmer & Son Funeral Home was in care of the arrangements and online condolences can be left at www.farmerandsonfuneralhome.com. In Lieu of flowers, memorial are suggested to the Geneva VFW or Geneva Rescue Squad.

The family of Norman "Hoot" Tesar created this Life Tributes page to make it easy to share your memories.

Send flowers to the Tesar family.