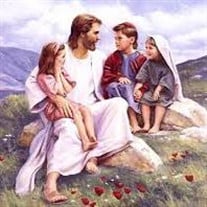 Patty Lou Swartzendruber was born to Aal Schlegel and Edna (Eichelberger) Schlegel on September 14, 1954 at Fairbury, Nebraska, and passed away on April 6, 2015 in Geneva, Nebraska at Fillmore County Hospital at the age of 60 years, 6 months, 22 days. She was the youngest of five children. Pat lived her entire life in Shickley and graduated from Shickley High School in 1972 and then attended Hesston College for two years where she played volleyball and softball and majored in Early Childhood Development. She graduated from Hesston in 1974. Over her adult life she held many jobs as a baby-sitter, a seamstress operating the Friendship Shop on main street Shickley for a few years, she also worked as a preschool teacher for 22 years and then recently worked as a Para-Educator at Shickley School. Her favorite job was held in recent years cooking Wednesday night fellowship suppers at Salem Mennonite Church. Her favorite activity was to go shopping for her grandkids and buying many things that she felt they needed. She was married to Ronald Jay Swartzendruber at Salem Mennonite Church on July 20, 1974 and to them four children were born. Matthew, Aaron, Sarah, and Abigail. She also was blessed with two daughters-in-law, Tara and Amy, who were also an answered prayer to her and were her daughters as well. Her biggest blessing and joy in life were her grandchildren Gracie, Evan, and Lylia. Pat was a life long member of Salem Mennonite Church where she grew to know and love Jesus. She was very passionate about her children and grandchildren’s sporting events, dance recitals, and many school activities. Even now that all four of her children are adults and coaching the sports they love she rarely ever was not seen in the crowd no matter what day of the week and where the event was held. She also was very passionate about running the snack shack at the Shickley ball field in recent years and watching all those kids who played there and taking a great interest in their success. She loved her side business of baking for all kinds of community events and gatherings. She was also very proud to call herself a supporter of the Shickley Longhorns. She was preceded in death by her niece, Jodi Swartzendruber, her father Aal Schlegel, and Ron’s parents Jay and Ruth Swartzendruber all of Shickley. Her husband Ron of Shickley, son Matt and wife Tara and their children Gracie and Evan of Shickley, son Aaron and wife Amy and daughter Lylia of Omaha, and daughters Sarah and Abbi of Lincoln survive her. She is also survived by her mother Edna Schlegel, sister Joyce Schlegel, brothers Les Schlegel and wife Carolyn and John Schlegel and wife Roxie of Shickley and brother Dallas Schlegel and wife Barb of Lincoln. Brothers-in-law Den and wife Kay of Shickley, Don of Shickley, and Jim of Omaha. Numerous nieces, nephews, aunts, uncles, cousins, and many, many friends. Funeral services were conducted from the Salem Mennonite Church rural Shickley, Nebraska on Thursday, April 9, 2015, with Pastor Shawn Nolt officiating. Judy Lichti accompanied the Chorister, Marge Swartzendruber and the congregation who sang Amazing Grace and Blessed Savior We Adore Thee. Recorded selections for the service were The Hand That Rocks The Cradle and I Want To Stroll Over Heaven With You. Casket bearers were Lester Schlegel, Dallas Schlegel, John Schlegel, Don Swartzendruber, Den Swartzendruber and Jim Swartzendruber. Honorary bearers were Pat’s grand kids Gracie, Evan and Lylia and the Shickley Preschool Class of 2015. Interment was in the Salem Cemetery. Memorials are directed to the family.

Patty Lou Swartzendruber was born to Aal Schlegel and Edna (Eichelberger) Schlegel on September 14, 1954 at Fairbury, Nebraska, and passed away on April 6, 2015 in Geneva, Nebraska at Fillmore County Hospital at the age of 60 years, 6 months,... View Obituary & Service Information

The family of Pat L. Swartzendruber created this Life Tributes page to make it easy to share your memories.

Send flowers to the Swartzendruber family.