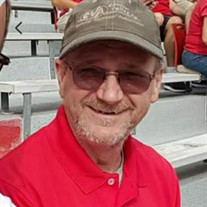 Patrick James Kahler was born to William Henry & Shirley Elizabeth (Campbell) Kahler on April 28, 1959 at Lincoln, Nebraska, and passed away on June 19, 2022 at Bryan West Hospital in Lincoln, Nebraska at the age of 63 years, 1 month and 22 days. He was one of five children born in the family. Patrick was raised in Fairmont, Nebraska and graduated with the class of 1977. He started out working in the lumberyard business at Mead Lumber and then at Jensen Lumber. With the knowledge he gained at the lumberyard, he ventured out on his own and became a general handyman and carpenter. He worked around the York and Fillmore County area for many years and formed many relationships through his work. Patrick was married to Carol Adams of Lincoln, Nebraska on June 11, 1984, and to them two children were born: Patrick A. & Timothy J. Kahler. Patrick and Carol were divorced and Patrick married Jennifer Kelch of Fairmont, Nebraska on September 29, 2012. They resided in York and then moved to Fairmont, Nebraska. Patrick enjoyed hunting, trapping and fur trade. He also enjoyed flea markets and the socializing that came along with meeting new people at these events. He spent many hours constructing wood working items to sell at the flea markets. He most enjoyed spending times with his family, especially his children and grandchildren. They brought out a softer side in Patrick, and he was in his element when he was with them. Patrick was preceded in death by his parents; brother Michael Kahler; and brother-in-law Brian Moul. He is survived by his wife Jennifer Kahler of Fairmont, Nebraska; sons Patrick Kahler & Cortney Jones of York, Nebraska, Tim & Katie Kahler of York, Nebraska; brother Tom & Lynette Kahler of York, Nebraska; sisters Linda & Lee Crays of York, Nebraska and Ellen & Tyler Frey of York, Nebraska; grandchildren Addyson & Henry Kahler and Izabella & Izaiah Taylor of York, Nebraska. A Funeral Service for Patrick was held on Friday, June 24, 2022 at 10:30 a.m. at the Fairmont Community Church in Fairmont, Nebraska. Pastor Mary Scott presided over the Funeral Service. The recorded selections “How Great Thou Art, “If I Were You,” “Amazing Grace,” and “I Can Only Imagine” were played during the Funeral Service. Pallbearers for the Service included William Moul, Marshall Kahler, Joseph Friezen, John Schmidt, Todd Wilcox, and Mark Fultz. A Graveside Service was held in the Fairmont Public Cemetery following the Funeral Service. Farmer & Son Funeral Home was in care of the arrangements and online condolences can be left at www.farmerandsonfuneralhome.com Memorials are suggested to the family for future designation.

Patrick James Kahler was born to William Henry & Shirley Elizabeth (Campbell) Kahler on April 28, 1959 at Lincoln, Nebraska, and passed away on June 19, 2022 at Bryan West Hospital in Lincoln, Nebraska at the age of 63 years, 1 month and 22... View Obituary & Service Information

The family of Patrick J. Kahler created this Life Tributes page to make it easy to share your memories.

Send flowers to the Kahler family.