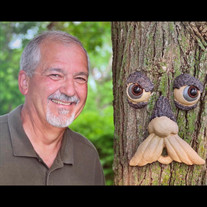 Patrick Lee Norris, 75, of Denton, NE, passed away peacefully at his home on Sunday, August 23, 2020. He was born in Coshocton, Ohio, on March 17, 1945 to D. Lee and Lela F. (Bible) Norris. Pat graduated from Three Rivers High School, Coshocton, in 1963 and immediately entered the Air Force on May 31, 1963 where he was an instructor, teaching radio communication. He was stationed at Keesler Air Force Base, Biloxi, MS and Lincoln AFB in Lincoln, NE, and was honorably discharged May 29, 1967. He was employed with AT&T Long Lines in Des Moines for five years before starting at Lincoln Telephone in 1972. Throughout his telecommunications career with LT&T, (Aliant, Alltel) he was a COE Technician, Network Technician, Toll Test Technician, and Instructor. He took early retirement on August 5, 2000 and began his handyman business shortly thereafter. Pat was generous with his time and talents. He helped and led relief efforts across the country, including mission trips after Hurricane Katrina, tornado recovery efforts in OK and NE, and building handicap ramps in TN, WY and locally. A lifetime member of the Girl Scouts of America, Pat was a troop leader, Catron Challenge course facilitator, Advisory Team member, and a founding member of Spirit of Nebraska Council’s philanthropic Juliette Low Society. Pat loved working with youth and young adults and was active in several United Methodist churches, coming out of retirement for two years to be the Director of Youth Ministries of the Nebraska Conference of The United Methodist Church. He helped establish York’s first community garden, and gardened in Schuyler’s community garden and his own in Denton in order to share the bounty with neighbors, friends, and people in need. He was a member of the United Methodist Church for 62 years, active in the church families of Canal Lewisville, OH, Denton and Milligan, NE. Pat is survived by his wife Pat; his daughter Leslie Norris and husband Glenn Caldwell of Cortland, Nebraska; his son Troy and wife Jaime Norris of Chandler, Arizona and their two children Avery and Camden; two sisters Barbara (Rick) Carlson of Cuyahoga Falls, Ohio, and Debra (David) Bordenkircher of Coshocton, Ohio; and several nieces and nephews. He was preceded in death by his parents and sister Carol Karr. A Celebration of Life for Patrick was held on Saturday, August 29, 2020 at 10:30 a.m. at the First United Methodist Church in York, Nebraska. Rev. Lance Clay officiated the service. The First United Methodist Church Praise Band sang “Step By Step,” “How Great Thou Art,” and “Standing On The Promises Of God.” The recorded selection, “Pray” by Merle Haggard was also played during the Memorial Service. Following the Memorial Service, the Milligan American Legion HSSK Post 240 held Military Honors on the south side of the church. Farmer & Son Funeral Home was in care of the arrangement and online condolences can be left at www.farmerandsonfuneralhome.com Memorials are suggested to the family for future designation.

The family of Patrick L. Norris created this Life Tributes page to make it easy to share your memories.

Send flowers to the Norris family.