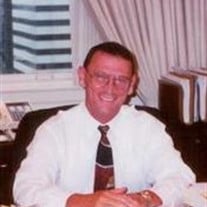 Paul Adams, 68, of Ashland, NE, passed away on November 13th 2013 in Lincoln. Paul was born on April 3rd, 1945 in Council Bluffs, IA to Percy & Kathryn (DeBoer) Adams. The middle of 7 siblings, Paul grew up in Fairmont, NE and graduated high school in 1963. In August of 1965, he married his high school sweetheart, Linda Moore. He is survived by Linda of Ashland, NE, his two children Greg (Christina) of Lincoln, NE, and Dave (Kristen) of Chicago, IL, and five grandchildren (Quinton, Morgan, Madison, McKenna, and Beckett). Paul attended the University of Nebraska Lincoln, and graduated with a BS in Accounting in 1967 and earned his CPA soon afterwards. His first employer was a public accounting firm (KPMG). In 1973 he went to work for a Lincoln based client in the insurance industry. In 1981, he was transferred to Sioux City, IA where he was the Chief Financial Officer of Great West Casualty. In 1989, he was promoted to CFO of the parent company, Old Republic International Corporation, in Chicago, IL, which was one of the top 50 insurance companies in the United States. In 2002, Paul retired to pursue his love of travel, golf, family events (grand children), and walking the beach in Florida. Other survivors include Bert (Georgia) Adams of Ocala, FL, Pat (Bob) Whitehead of Republican City, NE, Frank (Susie) Adams of Saronville, NE, Mike (Judy) Adams of Seward, NE, Pam (Dave) Davis of Omaha, NE, and many nieces, nephews, and friends. Celebration of life services will be held at 11:00am, on Monday, November 18th at Prince of Peace Lutheran Church in Geneva, Nebraska. Interment will be in the Geneva Public Cemetery. Public Visitation will begin Sunday at 1:00 p.m. until 8:00 p.m. at the Farmer & Son Funeral Home in Geneva, Nebraska with family greeting friends from 1:00p.m. - 3:00p.m. Memorials may be made to the family, who will distribute them to select organizations that helped and supported Paul throughout his illness.

The family of Paul D. Adams created this Life Tributes page to make it easy to share your memories.

Send flowers to the Adams family.