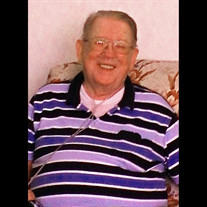 Peter John Saiser was born on October 16, 1939 at Ovid, Colorado, to Clarence S. “Pete” and Orvena Margaret (Loken) Saiser. He passed away Sunday, January 21, 2018 at Heritage Crossings in Geneva, Nebraska at the age of 78 years, 3 months, and 5 days. He was commonly known as ‘Pete’ to most people who knew him, but when he was growing up he was known as ‘John’ to family and friends. Pete’s family moved several times when he was younger. They finally settled in Wichita, Kansas. He graduated from Wichita East High School with the class of 1959. Pete enlisted in the Air Force on November 29, 1961, and he was honorably discharged on July 8, 1965 after serving in Vietnam. He met Carole Richards while stationed in Lincoln, Nebraska and they were married on October 19, 1963 at the First Congregational United Church Of Christ in Geneva, Nebraska. After returning from Vietnam, Pete and Carole located in Boulder, Colorado, and a son, John, was born to this union on September 4, 1966. Pete was employed at Ball Aerospace in Boulder as an Electro-Mechanical Inspector for 27 years. Some of the many programs he worked on were the Space Telescope, Space Shuttle Cargo Door Actuators and the Guidance Systems. Pete and his family moved to Lafayette, Colorado in 1972. They resided there until 1998 when they moved to Kearney, Missouri for a year, before finally locating in Carole’s hometown of Geneva, Nebraska. Pete was an assistant Cub Master when his son was in Cub Scouts. He was also a member of the American Legion while living in Lafayette and a member of the VFW while living in Geneva. Pete was preceded in death by his father and mother Clarence S. “Pete” and Orvena M. (Loken) Saiser Swaffer; brother Terry Lee Saiser; brother-in-law Ronnie Lee Maynard; sister-in-law Sheila Richards; nieces, nephews and cousins. He is survived by his wife Carole and son John both of Geneva, Nebraska; sister Bertie Martin of Haysville, Kansas; brother-in-law Gary Richards of Georgetown, Texas; sisters-in-law Mary Maynard of Layton, Utah and Vicki and Ron Doremus of Geneva, Nebraska; step-brothers Samuel Swaffer and Bill and Viola Swaffer; Step-sister Betty Wormington; and many nieces, nephews, cousins, and friends. A Funeral Service for Pete was held on Friday, January 26, 2018 at 10:30 a.m. at the First Congregational United Church of Christ in Geneva. Pastor Stuart Davis officiated the service. The recorded selections “Amazing Grace,” “The Old Rugged Cross,” and “Onward Christian Soldiers” were played during the service. Pallbearers for the service included Ron Doremus, Gary Richards, John Edgecombe, John Kelch, Nate Lefever, and Scott Yound. Interment was held in the Geneva Public Cemetery with Military Rites performed by the Samuel J. Marsh Geneva VFW Post 7102 and the Offutt Honor Guard. Farmer & Son Funeral Home conducted the services and online condolences can be left at www.farmerandsonfuneralhome.com Memorials are suggested to COPD Foundation or the Geneva VFW Post 7102.

The family of Peter J. "Pete" Saiser created this Life Tributes page to make it easy to share your memories.

Send flowers to the Saiser family.