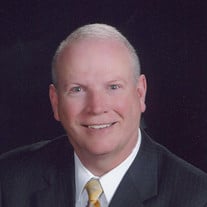 Funeral services for Randy will be held on Wednesday, June 1, 2016 at 2:00 PM at the Arbor Drive Community Church in York, NE, Address: 1527 Blackburn Ave. with Pastor Jon Hawkins officiating the service. There will be no public visitation. Graveside services will be held following the luncheon in Geneva Public Cemetery at 4:30 PM. Memorials are to be directed to the family for a later designation. Randy Paul Hesson was born to Norman Jerome and Ellen Mae (Conkel) Hesson on May 27, 1954, at McCook, Nebraska and passed away on May 29, 2016 at York, Nebraska at the age of 62 years and 2 days. He was one of four children in the family. Randy lived in McCook until the age of five when the family moved to O’Neil. During the next 10 years, due to his father’s job with International Harvester, the family moved to numerous towns in Nebraska and Iowa. In 1970 the family moved to Uehling and in 1972 Randy graduated from Logan View High School. Randy attended the University of Nebraska in Lincoln where he was an active member of the Beta Sigma Psi Fraternity and graduated in 1979. After graduating from college, Randy moved to York and began working for First Federal Savings and Loan. On Jun 10, 1989, he was united in marriage to Vicki (Robare) Shaner of Geneva and they made their home in York for the next 27 years. In 1990, Cornerstone Bank purchased First Federal and for 12 years Randy served as Vice President of the Operations Department for Cornerstone Bank. In 1997, Randy graduated from the Graduate School of Banking in Madison, Wisconsin. Then in 2002 he became Vice President and Education Director to manage the newly formed Training Department. A position he held until his death. Randy served as a member or officer in numerous clubs including: Jaycees, Sertoma and the Red Cross. He was also a charter member of the York Kiwanis Club. He was preceded in death by his grandparents; father, Norman Hesson; father/mother-in-law, Marie and Kenneth Robare; brother, Craig Hesson and brother-in-law, Jerry Henderson. Survivors include his wife, Vicki of York; children, Timothy Shaner of Papillion and Amy Jo (Scott) Peterson of Omaha; four grandsons, Skylar Michael and Samuel Kenneth Shaner and Ethan Scott Rueben and Elliott Paul Stephen Peterson; mother, Ellen Hesson of Lincoln; brother, James (Caroline) Hesson of Panama City, FL; sister, Janel Hesson of Denton, NE; sisters-in-law, Linda Hesson of Stanton, IA, Diane (Marce) Palos of Sabastian, FL, Deborha Henderson of Raytown, MO; brother-in-law, Ken Robare of Edmond, OK; nieces, nephews and many other relatives and friends.

Funeral services for Randy will be held on Wednesday, June 1, 2016 at 2:00 PM at the Arbor Drive Community Church in York, NE, Address: 1527 Blackburn Ave. with Pastor Jon Hawkins officiating the service. There will be no public visitation. Graveside... View Obituary & Service Information

The family of Randy Paul Hesson created this Life Tributes page to make it easy to share your memories.

Funeral services for Randy will be held on Wednesday, June 1,...

Send flowers to the Hesson family.