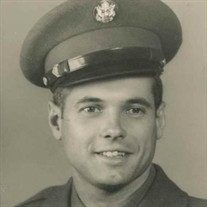 A Public Graveside Service for Rex will be conducted at the Fairmont Public Cemetery in Fairmont, Nebraska on Saturday, May 15, 2021 at 10:00 a.m. No visitation - cremation. In Lieu of Flowers - Memorials are to be directed to Fairmont Fire & Rescue. Memorials can be mailed to either Fairmont Fire & Rescue, P.O. Box 487, Fairmont, NE 68354 or to Charlene Brown, 6545 Cascade Drive, Lincoln, NE 68504. Rex Wilmer Brown was born to Herman and Linnie (Domeier) Brown on November 10, 1926 in Fairmont, Nebraska and passed away May 8, 2021 at Tabitha of Crete at the age of 94 years, 5 months, 28 days. He was the second born of two children. As soon as Rex was old enough to help, he worked on the family farm. Rex attended Fairmont High School and graduated in 1944. He went to the Army in 1951 and served in Company B 540th M.P. RY Guard BN in Frankfurt, Germany. He was honorably discharged in January of 1953. Rex married Betty May Novak on July 31, 1956 and two daughters were born: Charlene Loree Brown, and Leanne Brown Manning. Rex was very civic minded. He served on the Fairmont Farmers Coop Board, and was a director of the United Church of Christ and Methodist Church merger. He served on the Fillmore County Extension board, Fillmore County Township, and on the board of ASCS (Agricultural Stabilization and Conservation Service). Under Rex’s supervision, the Brown farm was awarded the Fillmore County Soil and Water Conservation District Conservation Award in 1971, and more recently the Nebraska Pioneer Farm Award for 100 years of continuous farm ownership. Rex farmed for 40 years and retired from farming January 1, 1990. Rex is preceded in death by his father and mother, Herman and Linnie Brown; his step mother Helen Malsbary Brown; his half brother Dan Brown; his sister, Eileen Brown O’Connor; his wife Betty Novak Brown; and his daughter Leanne Brown Manning. Rex is survived by daughter Charlene Brown of Lincoln, son-in-law Mark Manning of Crete, granddaughter Emily Manning (Drew Amen) of Lincoln, and a myriad of nieces, nephews, and cousins.

A Public Graveside Service for Rex will be conducted at the Fairmont Public Cemetery in Fairmont, Nebraska on Saturday, May 15, 2021 at 10:00 a.m. No visitation - cremation. In Lieu of Flowers - Memorials are to be directed to Fairmont Fire... View Obituary & Service Information

The family of Rex W. Brown created this Life Tributes page to make it easy to share your memories.

A Public Graveside Service for Rex will be conducted at the Fairmont...

Send flowers to the Brown family.