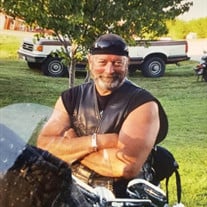 A Funeral Service for Richard will be held on Friday, December 31, 2021 at 11:00 a.m. at Farmer & Son Funeral Home in Geneva, Nebraska with Kim Dunker presiding. Visitation will be held on Thursday, December 30, 2021 at Farmer & Son Funeral Home in Geneva, Nebraska from 2:00 p.m. until 8:00 p.m. with family present from 5:00 p.m. until 7:00 p.m. Cremation will take place following the funeral service. Burial of Ashes will be held at a later date. Memorials are to be directed to the family to be designated at a later date. Richard Petersen was born to Theodore Victor Petersen and Dorothy E. Thomas on June 30, 1944, in York, NE., and passed away at his home in Geneva, NE., on December 26, 2021, at the age of 77 years. He was one of two children in the family. Dick grew up on the family farm in rural Grafton and attended elementary school in Geneva. He graduated from Geneva High School with the class of 1962. He was a member of the Army National Guard. On October 5, 1965, he married Sandra Leigh Taylor and they had 3 children: Leigh, Kristi, and Seth. Dick worked alongside his dad on the family farm, growing corn and soybeans and raising pigs for many years. He retired from farming in 1998. Dick had many interests and hobbies throughout his life. He enjoyed fishing, bow hunting, playing guitar, and excelled at trap shooting. He enjoyed many nights with friends building sprint cars and helping on the pit crew at the races. He loved both cars and motorcycles. He was especially close to his son Seth and shared many of these interests with him. His creativity and passion for precision inspired Seth’s own ingenuity and led in part to opening his motorcycle shop. They enjoyed traveling together on their Harleys and had many adventures with friends, taking rides across the country to many states. He would often flip a coin onto a map and let luck decide where their next road trip would take them. He was a dog lover, and in his later years enjoyed the companionship of his special pets: Chopper, Itzy Bitzy, and most recently, Buddy. He was preceded in death by his great-grandparents, L.V. and Katie Petersen; Robert and Belle Thomas, and his parents, Theodore and Dorothy Petersen. He is survived by his children, Leigh Petersen-Varner and husband Dave of Wahoo; Kristi Kennel of Geneva; and Seth Petersen of York; grandchildren, Ashleigh Drudik; Nathen Varner; Seth Varner; Josh Varner; Emileigh Kennel and KateLynn Petersen; Great-grandchildren, Tristan Drudik; Mason Drudik and numerous friends.

The family of Richard "Dick" Petersen created this Life Tributes page to make it easy to share your memories.

A Funeral Service for Richard will be held on Friday, December...

Send flowers to the Petersen family.