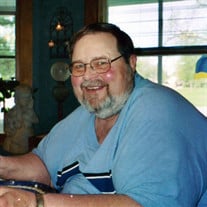 Richard Raymond Mueller was born October 3, 1943, in rural Shickley to an enterprising and close-knit family, whose priorities were two, God and family. Parents Anna and Ray Mueller, along with Richard's older sister, Janet, were dedicated and devout Catholics, attending St. Mary's at Turkey Creek, before moving to Geneva and joining St Joseph's parish. Richard and Janet both attended St. Joseph's through 8th grade and graduated from Geneva High School in 1961 and 1956 respectively. Richard's high school years in Geneva were a great time to be an American. The post WWII economic boom was good to most Americans and the Muellers were a part of it. While Richard, Janet, and their parents didn't have "everything" they had what mattered, God and family. Following high school, Richard dabbled in college in Lincoln and Fairbury, but found his fondness for the "ponies" was too much of a distraction. After a few years, he decided his next adventure was to move to California, where the action was! After a short time in Southern California, Richard joined a small transport company called Lilly Shipping. Richard rose quickly through the ranks to become Vice President at the firm. He spent twenty years with Lilly, before they sold out to a larger company and Richard took a new direction, too. That's when Richard and Shirley made the decision to exit the hustle and bustle and return to Richard's roots in his hometown of Geneva, Nebraska. In March of 1992, they packed up their Arcadia, CA condo and moved with Richard's mother-in-law, Gladys, back to the "Good Life" in Geneva. They quickly adjusted to the pace of small town Nebraska. There were daily and weekly card games, regular trips to Aksarben, The Fairgrounds in Lincoln and Fonner Park. It wasn't Santa Anita or Hollywood Park, but it was home. Richard enjoyed the life he shared with Shirley and Gladys in Geneva. Not only was he back home, but he was back with family. In and around Geneva was his only sibling, his sister, Janet, but also many close relatives and friends. Aunts Deloris and Margaret, Uncles Charlie and Johnny and many cousins, all with whom he enjoyed spending time. His friends are too many to mention, some of whom, like Richard, passed way too early. What Richard had in Geneva was something he cherished to his last breath; family. Whether blood relatives or friends, he loved them all. He grew up in Geneva, moved to the big city, came home, and is now in his eternal home with our Lord. We'll all miss you, Richard! Richard was preceded in death by his wife, Shirley; and his parents, Ray and Anna Mueller. He is survived by his sister, Janet Bartak; Shirley’s children Vince and wife Bridgette Smale of Seffner, Florida, Todd and wife Rosie Smale of Tujunga, California, and Tori Tirotta of Azusa, California; seven grandchildren: Kami Tirotta, Kyle Rios, Kasey Rios, Lacey Smale, Taylor Smale, Sam Smale and Ricky Smale; Aunt Deloris Stengel; and several nieces, nephews and many friends. A Memorial Mass for Rich was held on Monday, April 2, 2018 at 10:30 a.m. at St. Joseph’s Catholic Church in Geneva. Father BalaRaju Morneni officiated the service. A Rosary was prayed prior to the Mass at 10:00 a.m. at the church. Charlotte Bumgarner led the congregation in the singing of “How Great Thou Art,” “All You Who Seek A Comfort Sure,” “Draw Near & Take The Body Of The Lord,” and “Song Of Farewell.” The recorded selections “Call To Post” and “Proud Mary” Were played at the conclusion of the service. Honorary Pall Bearers for the service included Jeff Bartak, Stanley Bartak, Zsolt Haverland, Dale Korbelik, and all of Rich’s close friends. Private Interment was held in the St. Joseph’s Catholic Cemetery. Memorials are suggested to the Geneva Legion Baseball Improvement Project or St. Joseph’s Catholic Church. Farmer & Son Funeral Home conducted the services and online condolences can be left at www.farmerandsonfuneralhome.com.

Richard Raymond Mueller was born October 3, 1943, in rural Shickley to an enterprising and close-knit family, whose priorities were two, God and family. Parents Anna and Ray Mueller, along with Richard's older sister, Janet, were dedicated and... View Obituary & Service Information

The family of Richard R. "Rich" Mueller created this Life Tributes page to make it easy to share your memories.

Send flowers to the Mueller family.