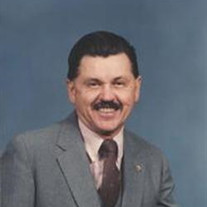 Richard Dean Oliva age 74 years 8 months and 3 days. May 25th 1939 - January 28 2014 (What does that dash mean?) For Richard (Dick) Oliva, it meant he was born to Joe M. Oliva and Libbie E. (Petracek) Oliva of Milligan NE. He was raised by his parents and and his grandmother, Ida Petracek, and lived along with his brother, Bob, all in the same house. Dick loved messing around town with his brother and friends. He once put a lawn mower engine on a bicycle to the dismay of his mother. As a teenager he enjoyed playing baseball, even after a suffering a surgically repaired broken nose from a tipped ball. Dick graduated from Milligan Public School in 1956. He attended University of Nebraska-Lincoln where he received his B.A. in Business in 1960. In 1957, he met a girl (Peggy Shaner) from Geneva. They didn’t hit it off right away. They did; however, grow on each other, and just celebrated 54 wonderful years of marriage in December 2013. After college, Dick enlisted in the United States Air Force in 1962, during which Dick and Peg were stationed in Mississippi and Pennsylvania. While in Pennsylvania, they brought into this world their first of two sons Richard (Rich) R. Oliva in 1964. Shortly after that Dick, an Air Force Captain, decided not to re-enlist and moved back to Geneva to raise their family. Dick went into the family business, Oliva Construction, with his father, Joe. This made Dick at least the seventh generation owner/contractor of Oliva Construction that we know of. Dick, Joe, and his uncles built many quality homes and businesses in the surrounding towns from Tobias, Milligan, Geneva, Dorchester, Sutton, Hastings, Friend, and York, just to name a few. In May of 1967 they were blessed with the birth of their second son, Robert (RC) Curtis Oliva. Dick was a member of the United Methodist Church where he regularly attended and was active in many ways from a youth leader to the building committee for the current United Methodist Church. Dick achieved his private pilot license for single engine planes in 1976. He enjoyed flying a small private plane for several years. Later in life, he became a Master Mason and was a Past Worshipful Master of Geneva Lodge #79. In 2007, Dick became a Shriner. Other than his passion for his work, he loved to play golf with his wife. More important than the score or the number of lost balls, was the camaraderie between friends. Most of all, Dick was a family man, as a husband, father, grandfather, and great grandfather. In those roles, is where he had great pride. Dick was preceded in death by his father, Joe M. Oliva, mother, Libbie E. (Petracek) Oliva, a sister who died at birth, brother, Robert J. Oliva, father in-law, Rex I. Shaner, mother in-law, Nona Shaner, and son, Robert Curtis Oliva. He is survived by his wife, Peggy (Shaner) Oliva, son and daughter in-law Richard & Charity Oliva of Fremont, grand children, Kayla M. Bennett of Grand Island, Mandy M. Goddard of Baltimore, Courtney & Wade DeVries of Omaha, Haley R. Larson, Harley C. Larson, and Haven S. Larson of Fremont, great grand children Caine Michael Bennett and Cooper Dean DeVries, sister-in-law Sylvia Oliva of Ogden, Utah, and by nieces and nephews. Funeral services for Dick were held on Friday, January 31, 2014 at 10:30 a.m. at the United Methodist Church in Geneva. Pastor Ron Harris officiated the services. The recorded version of “How Great Thou Art” was the processional song and Wade DeVries also sang “I Can Only Imagine” and “Don’t Cry For Me” during the service. Pallbearers for the service included Joe Oliva, Gordon Sukstorf, Chuck Udell, Jr., Steve Ackland, Jack Jacobs, and Tom Bumgarner. Honorary bearers for the service included Chuck Grothe, Dick Nichols, Gorlyn Nun, and Roger Pittard. Interment was held in the Geneva Public Cemetery with Military Rites performed by Samuel J. Marsh Geneva VFW Post 7102. Farmer & Son Funeral Home was in charge of the arrangements. Memorials are directed to the United Methodist Church or to the family.

The family of Richard D. Oliva created this Life Tributes page to make it easy to share your memories.

Send flowers to the Oliva family.