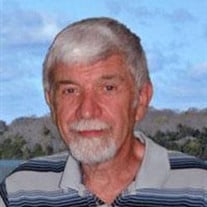 Richard Neil Wehland, 69, of Fairmont NE, passed away on June 28, 2014 at his residence. Memorial service will be held 10 a.m., Monday, July 7, 2014 at the Prince Of Peace Lutheran Church in Geneva, Nebraska with Pastor Becky Sells officiating. In lieu of flowers, memorials to the All Faith Chapel at Youth Rehabilitation and Treatment Center in Geneva or Prince of Peace Lutheran Church of Geneva. Richard was born in Holdrege, NE to Guy Roy Neil and Arlene Ethel Urbom Wehland on January 30, 1945. Richard was baptized in the Holdrege Methodist Church and prior to getting married in 1966 was confirmed in the Mt. Calvary Lutheran Church Missouri Synod in Holdrege, NE. In 1970, he and his wife joined the Prince of Peace Lutheran Church ELCA in Geneva, NE. where he remained a member until his death June 28, 2014. Richard graduated from Holdrege High School in 1963. He attended the University of Nebraska and earned a B.S and M.S. of Education. Richard married Margrett Eileen Pankonin on August 28, 1966 in Holdrege and was happily married for 47 years. In 1968, Richard began his 44 year career at the Youth Rehabilitation and Treatment Center (YRTC) starting out as the science and math teacher and later promoted to school principal. Richard’s working career revolved around the students and staff, regulations, and government policies. His hard work and dedication earned him several awards including YRTC Supervisory Manager of the Year in 2000. He firmly believed that a man could not be dressed for work without wearing a tie. Outside of the workplace, Richard could be found wearing holey tee shirts and well-worn blue jeans. After retiring at the end of July in 2012, he devoted his time to his wife and family and attending his grandchildren’s activities. His greatest pride was in the accomplishments of his children, grandchildren, and students. Richard loved life and his greatest passion was teaching. He enjoyed sharing his vast knowledge with students, young and old. Richard held a broad range of interests and was a Mason, a Boy Scout leader, a lover of flowers, gardener, aviculturist, mechanic, member of the board of the All Faiths Chapel, and a practical joker. When he was involved with a project or subject he put his whole heart into it. Richard was an unforgettable man, had a myriad of hobbies, many acquaintances, and numerous talents. He relished the time spent on his beloved acreage, affectionately nicknamed “Poverty Gulch”. Anyone who really knew Richard will have a story to tell. He lived life to the fullest with a belief in God and goodness of the human spirit. Richard is survived by his wife, Margrett Wehland of Fairmont; sons Tim Wehland of Ceresco, David Wehland and wife Kristi of Firth; daughter Erin Wehland of Ceresco; daughter-in-law Sheila Wehland of Davey; grandchildren Justin Wehland and wife Zoya, Nicole and Sarah Wehland, Joseph Schepers, Tresta and Maylee Zerr; great-grandson Dmitry Wehland; sisters Valerie Jackson and husband Ken of Wahoo, Cynthia Wehland-Falk and husband Nick of Lincoln; brothers Leland Wehland and wife Gladys of Snohomish, WA., and Boyd Wehland of Holdrege; and many nieces and nephews. Richard was preceded in death by his parents, his sister Virginia, and infant brother, Merrill.

Richard Neil Wehland, 69, of Fairmont NE, passed away on June 28, 2014 at his residence. Memorial service will be held 10 a.m., Monday, July 7, 2014 at the Prince Of Peace Lutheran Church in Geneva, Nebraska with Pastor Becky Sells officiating.... View Obituary & Service Information

The family of Richard N. Wehland created this Life Tributes page to make it easy to share your memories.

Richard Neil Wehland, 69, of Fairmont NE, passed away on June...

Send flowers to the Wehland family.