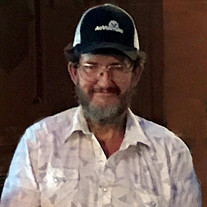 Robert Edward Kottas was born on September 4, 1959 at York, Nebraska to Edward F. and Lorene E. (Elznic) Kottas. He passed away on October 29, 2018 at the Nebraska Medical Center in Omaha, Nebraska at the age of 59 years, 1 month, and 25 days. He was one of four children born in the family. Robert, affectionately known as “Colby” by his friends and family, attended Milligan Public Schools and graduated with the class of 1977. He was a member of the Sons Of The American Legion, Milligan, Nebraska and Milligan Rural Fire Department. He was a farmer all his life, and he thoroughly enjoyed his occupation. He raised grain and cattle and enjoyed taking his cattle to the Fairbury Livestock Sale Barn. He was getting ready for corn and soybean harvest this fall when became ill. Outside of farming, he enjoyed deer hunting and visiting with his friends at Elaine’s. Colby’s nieces and nephews were also very important to him. Colby was united in marriage to Rose Marie Cassavaugh on February 9, 1984. Rose was the love of Robert’s life. She passed away on March 28, 1987 after battling lymphoma. He was preceded in death by his father, Edward Kottas; wife Rose Kottas; and step-father Wes Buzek. He is survived by his mother Lorene Buzek of Milligan, Nebraska; sisters Marilyn & Brian Srajhans of Tobias, Nebraska, and Bev Mohlman and Bob Thomsen of Fairmont, Nebraska; brother Richard Kottas of Exeter, Nebraska; nieces and nephews Jason & Ashley Srajhans and their children Trenton, Treygan, and Trevan of Milligan, Nebraska, Michelle Funk and friend Shawn Brooks of Davenport, Nebraska, Melissa & Troy Sieber and their children Taylor, Carson, and Tinley of Davenport, Nebraska, Joe & Christina Srajhans and their children Lilly and Riley of Geneva, Nebraska, Shawn & Lyndsey Kottas of Geneva, Nebraska, Sharlene & Justin Harre and their children Cohen and Braxton of Exeter, Nebraska, Dillon Steinacher & fiancé Haeli Temme of Exeter, Nebraska; and Aunt Sharon Elznic of Geneva, Nebraska. A Funeral Service for Colby was held on Friday, November 2, 2018 at 10:00 a.m. at the Milligan Auditorium in Milligan, Nebraska. PMA Jim Germer officiated the service. The recorded selections “Country Roads” and “Amazing Grace” were played during the service. Pallbearers for the service included Jason Srajhans, Joe Srajhans, Shawn Kottas, Dillon Steinacher, Rich Kassik and Jake Kroll. Honorary bearers included Michelle Funk, Melissa Sieber, Sharlene Harre, Bruce Vejraska, Bob Kroll, and Zac Kroll. Interment was held in the Bohemian National Cemetery following the funeral service. Farmer & Son Funeral Home was in care of the arrangements and online condolences can be left at www.farmerandsonfuneralhome.com. Memorials are suggested to the family for future designation.

Robert Edward Kottas was born on September 4, 1959 at York, Nebraska to Edward F. and Lorene E. (Elznic) Kottas. He passed away on October 29, 2018 at the Nebraska Medical Center in Omaha, Nebraska at the age of 59 years, 1 month, and 25 days.... View Obituary & Service Information

The family of Robert E. Kottas created this Life Tributes page to make it easy to share your memories.

Robert Edward Kottas was born on September 4, 1959 at York, Nebraska...