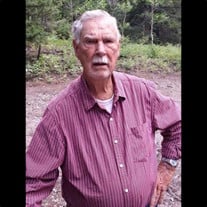 A Memorial Service for Robert will be held on Saturday, April 24, 2021 at 10:00 a.m. at the Trinity Lutheran Church in Bruning, Nebraska with Pastor Stuart Sell presiding. No Visitation - Cremation has taken place. Private Family Burial of Ashes will be held at a later date in Colorado. In Lieu of Flowers - Memorials may be directed to the family to be designated at a later date in Bob's memory. It all started November 22, 1930. Robert Lee Norder was born to Ella Louise (Wilhelms) Norder and Henry William Norder at their homestead East of Bruning. He was baptized, confirmed and married at Trinity Lutheran Church in Bruning, Nebraska. Bob attended Bruning Public School and graduated with the class of 1948. After graduation, he stayed and helped out on the farm before joining the Air Force in March of 1950. He took his basic training in San Antonio, Texas and then went to Lowrey Air Force Base in Aurora, Colorado where he spent 6 weeks in Camera Training before joining a crew as a gunman on a B-36 which took him to Rapid City Air Force Base in South Dakota. Bob was discharged from the Air Force in 1955 and then landed in Denver, Colorado and started working at Braniff Airways. He worked for Braniff for 31 year and also obtained his pilots license and became a flight instructor, opening a flight school and teaching what he loved, “Flying.” In 1956, he met the love of his life, Nila Jean Gerdes. They were married on June 5, 1960 and just celebrated 60 years of marriage. They were blessed with 3 children: Michael Brent Norder, Michelle Lee (Norder) Dirks, and Mitchell Lane Norder. Bob loved his family and his Airplanes. He enjoyed flying, hunting, and fishing. After his “so-called” retirement, he continued to work and bought himself a semi truck and hauled grain locally for 25 years. He loved to spend summers at “The Cabin” and working at the marina in Mobridge. He loved to tell his stores of “Rindercella” and the “3 pittle ligs” and reciting the Alphabet backwards along with his “witty” sense of humor to who ever would listen. Bob was preceded in death by his parents, Ella Louise & Henry William Norder; sisters and brothers-in-law Gloria Bumgarner and husband Homer, Dolores Johnson and husband Gaylord, Gwen Lawson and husband Don, Shirley Braun; and brother Larry Norder. He is survived by his wife Nila Jean Norder of Scandia, Kansas; sons Michael Norder and wife Jessie of Mobridge, South Dakota, Mitch Norder and wife Allison of Colorado Springs, Colorado, and his “favorite daughter” Michelle Dirks and husband Dean of Bruning, Nebraska; grandchildren Brent & Blythe Norder, Ashton & Brea Norder, Amanda & Alphonzo Perez, Nicole & Anthony McTaggart, Rina Norder, Kregen Norder, Josh Norder, Bethany & Jason Swafford, Taylor & Brooke Dirks, and Halsey & Matt Gorecki, Demming Norder, and Kenna Norder; 18 great grandchildren; brother-in-law Don Braun of Hebron, Nebraska; sister-in-law Gerry Norder of Saint Paul, Minnesota; and lots of nieces and nephews. It all ended on December 31, 2020. Bob died peacefully at home with is wife by his side. He will be truly missed by all! And you know what happened next? “She slopped her dripper.” - Pa.

A Memorial Service for Robert will be held on Saturday, April 24, 2021 at 10:00 a.m. at the Trinity Lutheran Church in Bruning, Nebraska with Pastor Stuart Sell presiding. No Visitation - Cremation has taken place. Private Family Burial of... View Obituary & Service Information

The family of Robert "Bob" Norder created this Life Tributes page to make it easy to share your memories.

A Memorial Service for Robert will be held on Saturday, April...

Send flowers to the Norder family.