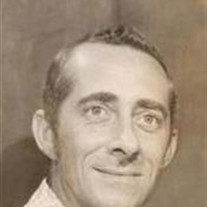 Robert (Bob) Ohnesorge, 77 of Geneva passed away peacefully on Thursday, June 6, 2013 at his home. Bob was born January 25, 1936 in Strang Nebraska to Herman and Alma (Hopken) Ohnesorge. He was baptized in the Lutheran faith and was confirmed at Trinity Lutheran Church in Bruning. Bob grew up in Strang where he attended grade school. In 1953 Bob graduated from Geneva High School. After graduation he worked construction in Newton, Kansas until he was drafted into the United States Army. He attended boot camp at Fort Riley. He served his country earning the rank of Specialist 4 in 1962. Some of the places he served were Iceland, New Found land, Labrador and Germany. His job was an 88M Transportation Specialist. Upon returning to Strang he began driving truck for Ward Transportation. He especially took pride in driving and always knew as a child he wanted to drive truck when he grew up. Bob worked 31 years for Wynne Transport. Along with loving to drive trucks he also built and raced cars. On one of his many trips to the west coast he met the love of his life, Angie. They met in San Francisco at a dance. On their way back to Nebraska they stopped in Reno, Nevada and were married on February 7, 1963. His younger brother Tom accompanied him in bringing Angie and her children back to Geneva, Nebraska. Tom also served as best man in their wedding. To this union two more children were born, Tammie and Tom. Since retirement Bob enjoyed watching Jeopardy daily, and you didn’t dare call him during that half hour. You could always find him tinkering in his garage listening to his favorite polka music. He was also very active in the American Legion even serving two terms as Post Commander. He always was willing to help anyway he could, marching in the parades holding the American flag or attending military funerals. His wife and he enjoyed collecting cookie jars and cats, as much as he hated to admit it. Angie and Bob had many adventures searching through lost treasures in thrift stores and flea markets. They also enjoyed their many casino trips. Bob and his brother in-law Larry, better known as George and George, drove their Model-T and wagon bearing the sign “In the STILL of the night, we’ll make the moonshine in Strang”. Often Angie and Sue would be seen riding with them and their famous chicken Ro-Ho. Bob had a ready smile and a good sense of humor. He never knew a stranger and was friendly with everyone. He loved nothing more than to visit with family and friends. He will be greatly missed by everyone who ever had the privilege of knowing him. He is preceded in death by his parents, Herman and Alma, his wife Angie, brother Tom and step-son Rex. Bob is survived by his daughter, Tammie (Craig) Bowman, Geneva; son, Tom Ohnesorge, Sutton; step-children, Nancy Hanson, Lincoln; Laura (Bob) Cunningham, Higgensville, MO; Ronald Melton, Geneva; Donald Melton, Lincoln; and Angie Hocutt, Higgensville, MO; numerous grandchildren and great grandchildren; sisters, Pat (Alan) Headrick, Geneva; Beverly Vaught, Henderson; Sue (Larry) Hinrichs, Bruning; and Polly (Kenny) Peterson, Kearney. Services for Bob will be Tuesday, June 11, 2013 at 10:00 a.m. at the Trinity Lutheran Church in Bruning, Nebraska. Military graveside service will follow immediately after the service at the Geneva Public Cemetery. Public visitation will begin Monday at 1:00 p.m. until 8:00 p.m. with the family greeting friends from 6 -8 at the Farmer & Son Funeral Home in Geneva, Nebraska. Memorials are directed to the family.

Robert (Bob) Ohnesorge, 77 of Geneva passed away peacefully on Thursday, June 6, 2013 at his home. Bob was born January 25, 1936 in Strang Nebraska to Herman and Alma (Hopken) Ohnesorge. He was baptized in the Lutheran faith and was confirmed... View Obituary & Service Information

The family of Robert "Bob" Ohnesorge created this Life Tributes page to make it easy to share your memories.

Robert (Bob) Ohnesorge, 77 of Geneva passed away peacefully on...

Send flowers to the Ohnesorge family.