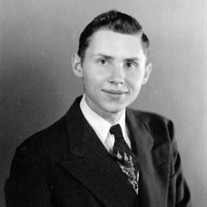 A Funeral Service for Robert will be held on Tuesday, September 19, 2017 at 11:00 a.m. at the First Congregational United Church of Christ in Geneva, Nebraska with Pastor Stuart Davis officiating. Visitation will be held Monday, September 18,... View Obituary & Service Information

The family of Robert Lee Turek created this Life Tributes page to make it easy to share your memories.

A Funeral Service for Robert will be held on Tuesday, September...

Send flowers to the Turek family.