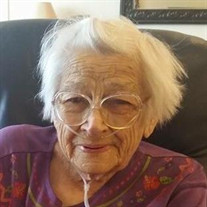 A Funeral Service for Roma was held on Tuesday, February 13, 2018 at 10:30 a.m. at Trinity Lutheran Church in Bruning Nebraska with Pastor Stuart Sell officiating the service. Graveside Services were held following the funeral service at the Harmony Cemetery in rural Bruning, Nebraska. Memorials were directed to the family to be designated at a later date. Organist, Myra Kluck, accompanied the congregation as they sang two songs, “Amazing Grace” and “In The Garden”. There was a special song played during the service by Artist, Donna Taggart, “Jealous Of The Angels”. Pallbearers included Leroy Krueger, Randy Heinrichs, David Heinrichs, Danny Heinrichs, Travis Heinrichs and Hunter Stwalley. Honorary pallbearers were Candace Railsback, Monica Neuroth, Sarah Burt, Curtis Heinrichs, Rodney Heinrichs, Brian Heinrichs, Echoe Davis, Tabitha Stwalley, Ellen Stwalley, Ivy Heinrichs and Tina Ryan. Roma Mae Heinrichs was born to Howard and Emma Mae (Hughes) Fesler on a farm southeast of Carleton on March 26, 1922, and passed away on February 8, 2018, at Fairview Manor in Fairmont, Nebraska at the age of 95 years 10 months and 18 days. Roma was educated in District 13 through the 8th grade and continued her education in Carleton District #26 through high school. While in school she worked in the café, that’s where she met her husband, Ervin. She graduated high school on May 16, 1940, but instead of going to her commencement exercises, her and Ervin drove down to Belleville, Kansas, and got married. To this union three children were born; Marie, Ervin Jr. and Timothy. She attended confirmation classes at Ervin’s Lutheran Church in Bruning and was baptized and confirmed on April 6, 1941. Roma and Ervin lived on a farm near his parents by Carleton and by Strang. While living by Strang they owned and operated the café and later sold and moved back to the Carleton farmstead. After Ervin’s death on March 4, 1969, Roma moved back to Strang and worked in Geneva at the Geneva Care Center as a cook, nurse’s aid and whatever job that was needed to be done that day. Later she moved to Shickley to help her youngest son in his 2-Way Satellite shop and lived there until moving to Fairmont, Nebraska where she lived at Fairview Manor until her passing. Preceding her in death were her parents, husband, four brothers, granddaughter, Anita and great-grandson, Lucas. Leaving to mourn her passing is her daughter, Marie and husband, Larry Krueger, her son, Ervin and wife, LaDonna Heinrichs, son, Timothy and wife, Vicky Heinrichs, eight grandchildren, eleven great-grandchildren and 10 great-great-grandchildren and one sister-in-law, Mary Heinrichs and many nieces and nephews and friends.

A Funeral Service for Roma was held on Tuesday, February 13, 2018 at 10:30 a.m. at Trinity Lutheran Church in Bruning Nebraska with Pastor Stuart Sell officiating the service. Graveside Services were held following the funeral service at the... View Obituary & Service Information

The family of Roma Mae Heinrichs created this Life Tributes page to make it easy to share your memories.

A Funeral Service for Roma was held on Tuesday, February 13,...