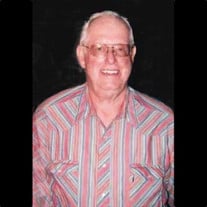 Ronald Edgar Isley was born to Walter James Isley and Henrietta Margaret (Ackerman) Isley on May 31, 1938 on a farm in the Geneva Township near Geneva, Nebraska. He passed away on Tuesday, December 29, 2020 at Fairview Manor in Fairmont, Nebraska at the age of 82 years, 6 months and 29 days. He was one of 3 children born in the family. Ron lived on the farm until graduating from Geneva High School with the class of 1957. After high school, he attended college for 1 year. Ron moved to Lincoln and worked for Gooch Food Products from 1959 to 1965. He then moved to Minneapolis, Minnesota and worked for Sperry Rand (Remington Shavers) from 1965 to 1969 before moving out to Los Angeles, California where he got reacquainted with his good friend Rich Mueller and began working for Lilly Shipping Company. Life in California was too fast for Ron, and in 1976 he moved back to Grafton, Nebraska and began operating a Motor Grader for the Fillmore County Roads Department, maintaining 75 miles of gravel road on the Grafton South Route for nearly 37 years, retiring from this vocation in 2013. In addition to working for the county, Ron also mowed the Grafton Catholic Church Cemetery and Church yard from 2005 to 2015. He completely retired from working in 2015. Ron married the love of his life, Wanda Brownell, of Geneva, Nebraska on July 14, 1979, gaining 5 step children. Ron and Wanda were inseparable. They went on many vacations including cruises and special trips to enjoy the music in Branson. Ron and Wanda also enjoyed dancing and singing together and enjoying any kind of music they could find locally. Ron and Wanda joined the Fairmont Community Church in 1982 and sang in the choir, which he dearly loved. In his younger years, Ron loved to fish, hunt ducks, pheasants, quail, and doves. He also was an avid bowler and enjoyed playing cards with his friends. Active in his community, Ron also served as a Grafton Village Board Member for over 36 years, even taking his turn in the role of Chairman. He also served on several boards at the Fairmont Community Church and even filled the pulpit in times of need in Fairmont, Milligan, Bradshaw, Sutton and Geneva in the Methodist and UCC churches. Ron could be described as a good provider who was honest, loyal and had a great laugh. It was important to him to live a life that preserved and honored the name that was given to him by his parents. Ron was preceded in death by his parents Walter & Henrietta; step-son Matt Brownell; and sister Adeline Morrissey. He is survived by his wife Wanda; Step daughters Jennie Jones, Ruthie Browne, Bonnie Thurston, and Julia Phillips; brother David Isley; and brother-in-law Tom Morrissey; many grandchildren, great grandchildren, nieces and nephews. A Memorial Service for Ron was held on Thursday, January 7, 2020 at 2:00 p.m. at the Fairmont Community Church in Fairmont, Nebraska. Pastor Seungli You officiated the Memorial Service. Nancy Jo Galusha provided the prelude and postlude music and Dennis Melby provided special music, singing “Peace In The Valley.” The recorded selection “Going Down The Valley” was also played during the service. In a private committal, Ron’s cremains will be placed in the Geneva Public Cemetery. Farmer & Son Funeral Home was in care of the arrangements and online condolences can be left at www.farmerandsonfuneralhome.com Memorials are suggested to the Fairmont Community Church.

Ronald Edgar Isley was born to Walter James Isley and Henrietta Margaret (Ackerman) Isley on May 31, 1938 on a farm in the Geneva Township near Geneva, Nebraska. He passed away on Tuesday, December 29, 2020 at Fairview Manor in Fairmont, Nebraska... View Obituary & Service Information

The family of Ron E. Isley created this Life Tributes page to make it easy to share your memories.

Send flowers to the Isley family.