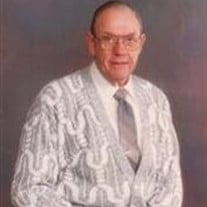 Ronald Keith Barnett was born in Lincoln, Nebraska on September 7, 1928 to William and Belle (Kester) Barnett. He passed away in Lincoln, Nebraska on Thursday, February 24 at the age of 82. His father was a photographer and his mother was a secretary in a real estate office. A sister, Doris, was born in 1926. In 1936, the family moved to Crete and in 1939 his dad and mom moved the studio and family to Geneva. Ron graduated from Geneva High School in 1946. He played in the school band, launching his lifelong love for music, especially big band, classical, show tunes and polkas. He helped in the photo studio until 1950 and then attended the Faulk School of Photography in Kansas City. He was drafted into the army in May of 1951 and had his basic and engineer training at Fort Leonard Wood in Missouri. He was then sent to Korea for 16 months, serving in the communication section of an engineering battalion as a radio operator. He was discharged May 6, 1953, and upon returning to Geneva, Ron's dad handed him the keys to the studio and retired. Ron married Betty Mae Jezek on August 16, 1953. Two children were born to this union, Nancy Ann and Susan Diane. Susan passed away in 1959. Betty helped Ron in the studio. Ron furthered his photography education at the Winona School of Professional Photography in Warsaw, Indiana. The family enjoyed fishing at nearby lakes and ponds in hopes of catching the really big fish. Not a lot of fish made it into the bucket, but cooking eggs and sausage in the early morning made for some great memories. Betty passed away in 1981. Ron moved the former Geneva Photo Co. to his home in the late 80s and renamed it Barnett Studio. On June 22, 1991, Ron married Iris Ramsey from Sutton. They maintained two houses during their marriage, living in Sutton on the weekends and in Geneva during the week where he maintained his photo studio. Due to poor health, Iris moved to Heritage Crossings in January of 2006 where she continues to reside. Ron faithfully visited Iris daily, reading and playing bingo with her and joining her for Sunday dinner until his own failing health caused him to move to Heritage in May of 2010. Ron enjoyed puttering - whether in the yard, the flower and vegetable gardens or in the basement. He was very clever in inventing things to help him around the house to overcome his limited strength and sight. At one time, his back yard had 120 climbing roses. He also enjoyed his vegetable garden and would faithfully write record the date of his annual first tomato. Ron was a member of the Geneva Rotary, Odd Fellows and the United Methodist Church. In August of 2003, he celebrated his 75th birthday and 50th year in business. Ron participated in many activities at Heritage, especially enjoying Bible study with JoAnn Heath. Everett Renken picked Ron up to take him to the Saturday morning Methodist Men's Breakfasts. He looked forward to Saturday nights out with good friends Dave Portwood and Ray Gough. Before moving to Heritage, he enjoyed the fellowship at the Geneva Senior Center. He definitely enjoyed conversing over coffee and rolls and solving the world's problems with his friends. In addition to Iris, he leaves to mourn his daughter and son-in-law, Nancy and Robert Riley of Jackson, Michigan; granddaughter Susan Maureen Riley of Jackson, MI; nephew Gene and wife Ruby Smith of Savannah, Missouri; nieces Barb and husband Albert Lee Zapf of Del City, Oklahoma, Kathy and husband Gary McLain of Cainesville, Missouri and Patty Smith of Maitland, Missouri; stepsons Ron and wife Ann Ramsey of Lincoln, Nebraska and Bruce and wife Karen of Sutton, Nebraska; stepgrandchildren Nick, Alyssa, Eric, Nicole, Carissa and Rebecca, and many friends and other relatives. Funeral services were conducted from the Untied Methodist Church in Geneva, Nebraska on Monday, February 28, 2011, with Rev. Ron Harris officiating. Sondra Myers accompanied Kris Johanson who sang, Amazing Grace and The Old Rugged Cross. Casket bearers were Lambert Hopken, Maurice Hafer, John Power, Robert D. Lovegrove, Randy Freeman and Louis Lichti. Military graveside services were provided by the Geneva American Legion and the Geneva VFW. Interment was in the Geneva Public Cemetery with Farmer & Son Funeral Home in charge of the arrangements. Memorials are dircted to the Geneva Senior Center.

The family of Ronald K. Barnett created this Life Tributes page to make it easy to share your memories.

Ronald Keith Barnett was born in Lincoln, Nebraska on September...

Send flowers to the Barnett family.