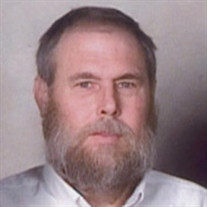 Memorial services for Ronald will be held on Saturday, November 7, 2015 at 11:00 AM at the United Methodist Church in Shickley, NE. Private Family-Inurment of Ashes at the Geneva Public Cemetery. Memorials are to be directed to the Shickley Community Foundation or the Sutton Community Home. Ronald Lee Konzak, the first of five children, was born on Thanksgiving Day, November 23, 1950 to Earl and Lola (Smith) Konzak. He passed away on October 31, 2015 at the age of 64 years. Ron was confirmed at the Federated Church in Sutton, Nebraska. He attended and graduated from Shickley High School in 1969. During his high school years, he participated in band, chorus, and football. He was also selected Homecoming King his senior year. After high school graduation, he attended UNL for two years majoring in engineering. He made lifelong friends during that time. Following the stroke of his dad, Ron made the decision to return to the family farm where he lived for most of his life. Ron spent several winters in Las Vegas. More recently he enjoyed participating in a traveling pool league and going to marketing seminars. He was a member of the York Elks Club. Uncle Sleepy liked to be involved in the activities of his nieces and nephews. He attended many ball games, county fairs, graduations, weddings, and family gatherings. Ron held strong beliefs throughout his life. He was diagnosed with colorectal cancer in September 2012. That strong spirit stayed with him until his death. Ron is preceded in death by his parents, Earl and Lola Konzak, and brother-in-law, Marc Krause. He is survived by his brother, James Konzak and Ranee Hoarty; sisters, Diane (Leslie) Hill, Marilyn Krause, and Karen (Jon) Lichti; nieces, Tara (Rob) Richards Abby and Luke, Jami (Scott) Potthoff Jaret and Betsy, Marcy (Brian) Benge Sylvie and Vada, and Ashley Krause; nephews, Brian (Jennifer) Hill Austin, Brooklin and Caylin, Scott Hill, Gerad Krause, and Nick (Kerry) Krause.

Memorial services for Ronald will be held on Saturday, November 7, 2015 at 11:00 AM at the United Methodist Church in Shickley, NE. Private Family-Inurment of Ashes at the Geneva Public Cemetery. Memorials are to be directed to the Shickley... View Obituary & Service Information

The family of Ronald L. Konzak created this Life Tributes page to make it easy to share your memories.

Memorial services for Ronald will be held on Saturday, November...

Send flowers to the Konzak family.