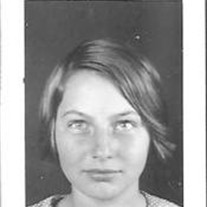 Ruby Lucile Jennings was born February 8, 1921 near Carr, Colorado, where her parents Earl and Clare Jennings were homesteading. The family moved to Washington county, Kansas, when Ruby was one year old. She attended country school and graduated in 1934. She and her brother Guy boarded in Morrowville, Kansas, in order to attend Highschool. She graduated as County Valedictorian in 1934 and taught country school for two years. In 1940 she married Robert J. Patterson of Morrowville, and they operated a small cafe for two years. Shortly after World War II began, they moved to Wichita to find work at Boeing building airplanes. After their daughter Juanita was born, Ruby also worked at Boeing, a “Rosie the Riveter,” before deciding to return home to care for their child. In 1945 son James was born and Robert then went to Japan with the U.S. Occupation Forces. At that time every adult male on both sides of the family was part of the U.S. war effort: her brothers Guy and Maynard and brother-in-law Hank Rollman, and her husband’s brother Raymond. They served in Europe, North Africa, India, the Philippines, and Japan. In 1947 after Robert’s return they moved to Fairbury, Nebraska, where daughter Deanna Clare was born in 1948. After they separated in 1951, Ruby worked at several jobs, including a Swanson’s chicken processing plant and a Hested’s counter waitress. These were hard years before she married Gyle Taylor. Their son Lonnie was born in 1953, a year before they moved to Fairmont, to the house where Ruby lived for the next 58 years. Ruby worked as a waitress at several cafes, especially at the “Tower Cafe” as the now-closed Main Street Cafe was known from its opening in 1952 until the mid-1990s. She finally decided to be a teacher and started college, commuting to classes at Fairbury Junior College and taking correspondence courses while also working a half-day job as a teacher in Geneva. She had four children at home. She graduated from the University of Nebraska in 1967, two years after her daughter Juanita, while teaching full-time. She taught grade school for twenty years, mostly at Fairmont Public Schools. After retirement she still worked from time to time, including a teaching job at the State Prison for Women at York. She and Max West were married in 1968 and shared a happy life for twenty-five years, enjoying football games, gardening, a camping club and traveling. Ruby was widely known for an extensive collection of iris, with over 300 varieties of these labor-intensive plants at one time. She sewed her own and her children’s clothes for years, sometimes developing her own patterns. She did exquisite work in knitting, crocheting and other handwork. Most of all, however, her great joy was in her grandchildren, and great-grandchildren. She was surrounded by her descendants as she passed peacefully into death on the evening of April 1, 2013, at Fairview Manor in Fairmont, at the age of 92. Ruby lived to be one of the oldest members of the Fairmont Community Church, having joined as a UMC member shortly after moving to Fairmont. She was active in the Bookworms Book Club, the Greater Fairmont Women’s Club, the Priscillas, the Church, and loved social events. In her youth Ruby loved to dance, which made the amputation of a leg in 1998 an especially significant loss. Preceding her in death are her parents Clare and Earl Jennings, 3 brothers Guy, Maynard and Elbert, husband Max West, and three infant children: Janice and Paul Patterson and Danny Taylor. Surviving Family. Her sister: Reva Rollman (Hank-deceased), Salina, Kansas. Four children: Juanita Jean Rice of Fairmont (and California); James Earl Patterson (Alane Mountain Home, Arkansas; Deanna Clare Perkins (Ron) McCool Junction, and Lonnie Leroy Taylor (Debbie) Fairmont. Ten grandchildren: Robbie Fox (Troy) Hampton; Becki Perkins, Lincoln; Dan Patterson (Kerry) Loup City; Erynn Perkins (McCook); Jesse Kaufman, Las Animas, Colorado; Anissa Ballard (Mike) Lincoln; Liza Baker (Clint) Waverly; April Faubion (Mike) Lincoln, Wade Taylor (Amber), Exeter; Brandon Patterson, Kansas City. Niece: Gayle Lacey (Don), Salina, Kansas. Three step-children: Connie Niedt (Don) Lincoln; Betty Stoldorf (Bob), North Platte; and Bob West (Vicky) Lincoln. There are also her beloved sixteen Great-grandchildren: Cody, Seyd, Maranda, Krista, Cory, Ryan, Faith, Reygan, Ruby, Reid, Hope, Isabella, Lola, Scarlett, Emerson and Viola, and two Great-great-grandchildren, Erynn and Brailynn. Memorial services for Ruby were held on Thursday, April 4, 2013 at 11:00 a.m. at the Fairmont Community Church. Pastor Karla Sheffy officiated the service. Nancy Jo Galusha accompanied the congregation in the singing of “In The Garden” and “Are Ye Able.” A private family committal of ashes was held prior to the memorial services at the Fairmont Public Cemetery. Memorials are directed to the Fairview Manor or the Fairmont Community Church. Farmer & Son Funeral Home of Geneva was in charge of the services.

Ruby Lucile Jennings was born February 8, 1921 near Carr, Colorado, where her parents Earl and Clare Jennings were homesteading. The family moved to Washington county, Kansas, when Ruby was one year old. She attended country school and graduated... View Obituary & Service Information

The family of Ruby L. West created this Life Tributes page to make it easy to share your memories.