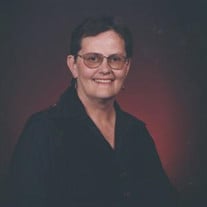 Sharon Kay Steider was born October 1,1944,in Omaha, Nebraska and passed away on June 8, 2016, in Geneva at the age of 71years. Sharon was adopted by Frances and Kelly (Clarence) Steider in April of 1947 from Child’s Savings Institute of Omaha. Her early years were spent in Bruning and she attended Bruning Public School until 1956 when the family moved to Geneva. She graduated from Geneva High in 1962 and also was a 1966 graduate of Nebraska Wesleyan University with a BA in education. Sharon was baptized and confirmed in the Bruning Methodist Church and later joined the Geneva Methodist Church. Sharon loved sports both as a participant and a spectator. She followed Nebraska football and all the other Husker teams. She enjoyed camping, fishing, reading, playing games, doing puzzles, needle work and gardening. She was a standout athlete, a kind and compassionate person, had a great gift of gab and a wonderful sense of humor. After spending forty years living in Lincoln, Sharon moved back to Geneva in 2001 to be closer to her mother and longtime friends. Sharon was preceded in death by her grandparents, her parents Kelly and Frances Steider, her brother Tommy Steider, her nephew Casey Kline, many aunts, uncles, cousins and friends. Survivors include her brother Jim Collins (Bette) of Council Bluffs, Iowa, Sister Patty Kline (Mark) of Manhattan, Kansas, nieces Jill Johnson (Steve) of La Mesa, California and Kelli Smith (Ryan) of Manhattan, Kansas, two great nieces, three great nephews, cousins and a host of friends. Memorial service for Sharon will be 10:30 a.m. Monday, June 13, 2016, at the United Methodist Church in Geneva, Nebraska. Private family committal of ashes will take place at the Geneva Public Cemetery. Cremation - No Visitation Memorials are directed to the Geneva Rescue Unit

Sharon Kay Steider was born October 1,1944,in Omaha, Nebraska and passed away on June 8, 2016, in Geneva at the age of 71years. Sharon was adopted by Frances and Kelly (Clarence) Steider in April of 1947 from Child&#8217;s Savings Institute... View Obituary & Service Information

The family of Sharon Kay Steider created this Life Tributes page to make it easy to share your memories.