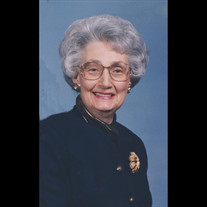 Shirley Beth Gillan Trauger of Exeter, age 85, died on Thursday, September 28, 2017 in her sleep next to her husband of 64 years. She was a lifelong resident of the Exeter area. Shirley was born on the family farm in York County, Nebraska on December 21, 1931 to Earl and Ethel (Ziegler) Gillan. Shirley attended a one room school house and later graduated from Friend High School with the class of 1950. Shirley attended York College for two years and received her teaching certificate. She later taught in a one room school in Cordova. On August 18, 1953, she married Robert Trauger of Exeter. Together they had three children; Charles, Lynnelle and Melissa. Shirley was a lifelong member of the Exeter United Methodist Church. She served on many boards throughout her life. She was both President and Vice President of the United Methodist Women. She served several terms on the Staff Parrish Committee and Chaired the Finance Committee. Shirley was active throughout her life in many organizations. She was one of the founding members of the Fillmore County Historical Society. She was an active member until her death. She served on the Exeter School Board for two terms in the late 1960’s. She served a term as Vice President of the Exeter Women’s Club in the late 1950’s. Shirley was a member of the Nebraska Public Television Board for many years. In 1978, she was appointed by former Governor Exon to the Nebraska Commission on the Status of Women. She was head of the commission for two years. In 1976, Shirley received Nebraska’s highest honor when she was chosen to be a Admiral in the Great Navy of the State of Nebraska. It is an honorary title bestowed upon individuals by the Governor. She was a recipient of this award due to the many committees she served on for the state. She was very involved with the United Methodist Church. In 1972, she was elected to the Nebraska Conference Council of Ministries. In 1981, she was elected to the ten-member National Board and was chosen to be the Lay Representative from the Nebraska Conference to the Council of the Centennial World Methodist Conference in Hawaii. She was elected to the St. Paul School of Theology Board of Trustees in 1976. She was also a member of the South-Central District Council of Ministries. Shirley was elected to the Nebraska Wesleyan Board of Trustees in 1978 and served as Vice President in 1981. She was a member of the Epworth Village Board of Directors and served as President from 1981-1983. She was an active member of Epworth for over 30 years. Shirley was Coordinator of Global Concerns of the Lincoln District of the United Methodist Women. Shirley was a member of the Governor’s Antique Farm Machinery Commission and served as Treasurer of the Lester F. Larson Tractor Test and Power Museum at the University of Nebraska. In 1969, Robert and Shirley started Old Timer’s Day. This was a show that they put on every August to perpetuate pioneer memories. They continued this tradition until 1986. They were featured on a documentary for Nebraska Public Television in 1976. She was a kind and loving person who lived life to the fullest and was never afraid of a challenge. In 1987, when her daughter was interviewing for a nanny position in New York, she called the reference listed. It was none other than Walter Cronkite and they ended up having an amazing conversation. While visiting NY, she was given a song that she treasured and it was written especially for her by the Musical Director of Sesame Street. She had many amazing experiences in her life. She spoke from the same podium where President Roosevelt accepted his presidency. During that visit she had also the opportunity to meet with Mayor Ed Koch at the Governor’s mansion. She had a wonderful visit with him. These occurrences were not unusual for her as she never knew a stranger. Shirley truly lived an amazing and full life. She taught her family love, values and to always stand up for what it right. She was an avid gardener and loved to travel. Shirley and Robert traveled the United States prior to having children. She loved spending time with family and loved the holidays. She always made each holiday magical with her special touch. Fall was her favorite season, so it is with peace that she transitioned from this life to the next during this time of year. Shirley was preceded in death by her parents, Earl and Ethel Gillan and her brother Duane Gillan. Left to honor and remember her legacy is her husband of 64 years, Robert; her three children, Charles Trauger of Exeter, Lynnelle Trauger of Exeter and Melissa Dufort of Shawnee, KS; son in law, Peter Dufort and daughter in law, Lynette Trauger; 7 grandchildren; Jameson Trauger of York, Huntington Trauger of Harrisonville, MO, Alexis Trauger of Exeter, Samuel and Luke Dufort of Shawnee, KS, Tyler Trauger of Omaha and Nikole and husband Chad Sideris of Omaha; nephews Byron and Aleta Trauger of Nashville, TN and Tom Trauger and Jana Belsky of Washington, DC. A Funeral Service for Shirley was held on Monday, October 2, 2017 at 2:00 p.m. at the United Methodist Church in Exeter. Kim Dunker officiated the service. Delores Bailey accompanied the congregation in the signing of “How Great Thou Art,” “Lord Of The Dance,” and “Standing On The Promises.” She also accompanied Jameson Trauger in the singing of “Amazing Grace.” Edwin Mukusha provided bagpipe music as the family recessed from the church. Pallbearers for the service included Alan Michl, Jim Rouch, Ken Rouch, John Tauriella, Steve Rhodes, and John Steyer. Honorary bearers included Tyler Trauger, Nicole Sideris, Jameson Trauger, Huntington Trauger, Alexis Trauger, Samuel Dufort, Luke Dufort, and Caleb Duff. Private Family interment was held in the Exeter Cemetery. Farmer Funeral Home of Exeter conducted the services. Online Condolences may be left at www.farmerandsonfuneralhome.com Memorials are suggested to the York Adopt-A-Pet and the Capitol Humane Society.

Shirley Beth Gillan Trauger of Exeter, age 85, died on Thursday, September 28, 2017 in her sleep next to her husband of 64 years. She was a lifelong resident of the Exeter area. Shirley was born on the family farm in York County, Nebraska... View Obituary & Service Information

The family of Shirley B. Trauger created this Life Tributes page to make it easy to share your memories.

Send flowers to the Trauger family.