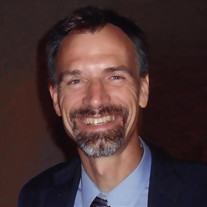 It was Steven's wish to be cremated. Farmer & Son Funeral Home will not be conducting any services. Steven Paul Dornbierer was born January 15, 1956 in Orange Township, New Jersey. He passed away June 22, 2017 at his home near Davenport, NE. He had been diagnosed with an aggressive cancer in September, 2016. He was sixty-one years old. Steve’s parents immigrated to the United States from Switzerland in 1952. Steve grew up working in his father’s greenhouses in New Jersey. After high school he earned an associate’s degree in agronomy from SUNY Cobleskill in upstate New York. His family eventually moved to eastern Pennsylvania and after college he began to farm and feed cattle near his father’s greenhouse operation there. In Pennsylvania, Steve met Penelope Colman, an Australian traveling in the US. They were married November 21, 1981 in her hometown of Henty, New South Wales. In 1987 Steve, Penny, and their first two children spent two years working as missionaries in The Gambia, West Africa. After returning to the US they decided to move west to farm. They relocated to their current property on the Little Blue River between Deshler and Davenport in 1989. In addition to farming Steve fixed radiators for a time and operated a plumbing business for eleven years. But his passion was farming. He loved figuring out how things worked, be it engines or irrigation systems, and was happiest when fixing something for someone. He loved growing things and sharing garden produce. Steve’s hope and comfort was in the resurrection of Christ and the promise of new life in the Kingdom of God. Steve was preceded in death by his parents. He is survived by his wife, Penny; four children, Jordan and his wife Aleisa of Sioux Center, IA, Danielle (Whigham) and her husband Ehren of Glenwood, IA, Becky (Jobman) and her husband Andy of Gothenburg, and Tina of Culver City, CA; six grandchildren, Gabe, Grace, and Ester Whigham, Jack, Henry, and William Dornbierer; his sister, Helen (Miller) and her husband Bob of New Ringgold, PA; as well as nieces, nephews, other family, and many friends. Condolences may be sent to the Dornbierer family, 1584 Rd 5200, Davenport NE 68335. In lieu of flowers memorial donations are suggested to Helimission (https://www.helimission.org/en/) or Advancing Native Missions (https://advancingnativemissions.com/). They may also be made through the family.

It was Steven's wish to be cremated. Farmer & Son Funeral Home will not be conducting any services. Steven Paul Dornbierer was born January 15, 1956 in Orange Township, New Jersey. He passed away June 22, 2017 at his home near Davenport, NE.... View Obituary & Service Information

The family of Steven Dornbierer created this Life Tributes page to make it easy to share your memories.

Send flowers to the Dornbierer family.