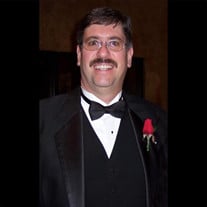 Stuart Arno Sell was born April 23, 1957 to Arno and Leona (Gillespie) Sell in North Platte, Nebraska. He grew up in the Chester, Nebraska area where he was baptized on May 19, 1957 and confirmed on May 30, 1972 at St. John’s Lutheran Church in Chester. He attended St. John's Lutheran School through the 6th grade and graduated from Chester-Hubbell High School in 1975. On July 20, 1985 he married Charlotte Gerdes. To this union three children were born: Anna, Jerrod, and Conrad. In 1997 he decided to pursue his lifelong calling to ministry. He received his Master’s of Divinity from Wartburg Theological Seminary in Dubuque, Iowa in 2001. He was ordained into the Evangelical Lutheran Church in America on June 23, 2001 at Christ's Lutheran Church in Davenport, Nebraska. During his time as a pastor, he served congregations in Bancroft and DeSmet, South Dakota, and Niobrara, Lindy, Hartington, and Bruning, Nebraska. He officiated 51 weddings, 142 Funerals, 100 baptisms, and 83 confirmations. He thoroughly enjoyed his role as “Papa” and was looking forward to the birth of two new grand babies in 2022. After a hard, well fought battle with pancreatic cancer, he departed this life on October 31, 2021 at Blue Valley Lutheran Home in Hebron, Nebraska at the age of 64. He was preceded in death by his father, Arno Sell and niece, Alana Elting. He is survived by his wife, Charlotte of Davenport, Nebraska; Anna Elting and husband Reuben of Davenport; Jerrod Sell and fiancee Yaroslava Gubareva of Moscow, Russia; Conrad Sell and wife Chelsea of Strang, Nebraska; grandchildren Rexton, Raylan, and Rory Elting. He is also survived by his mother, Leona Sell of Chester, Nebraska; sister, Beckie Thomas of Hebron, Nebraska; sister, Susan (Scott) Elting of Hebron; brother, David (Sue) Sell of Humphrey, Nebraska; sister, Wendy (Michael) Wesnofske of Bridgehampton, New York; uncle, Terry (Pat) Powell of Griffin, Georgia; and many nieces, nephews, cousins and friends. A Celebration of Life was held on Saturday, November 6, 2021 at 11am at Trinity Lutheran Church in Bruning, Nebraska. Pastor Ethan Feistner officiated the Service. Myra Kluck accompanied the congregation in the singing of “My Hope Is Built On Nothing Less” and “Softly & Tenderly.” A quartet of Betty Edzards, Tim Norder, Janice Fintel and Amy Peterson provided special music with the singing of “Amazing Grace.” Honorary Pallbearers for the Service included Curt Tietjen, Haylee Williams, Jeff Joe, Dave Bruning, Rod Heinrichs, Gary Hinrichs, and Heather Ramsey. A private family Committal of Ashes will take place at a later date. Farmer & Son Funeral Home was in care of the arrangements and online condolences can be left at www.farmerandsonfuneralhome.com Memorials are suggested to the family for the benefit of a scholarship at Wartburg Theological Seminary.

The family of Stuart A. Sell created this Life Tributes page to make it easy to share your memories.

Send flowers to the Sell family.