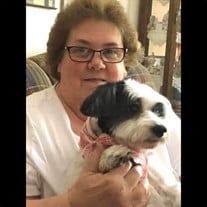 Sue Ellen Gilbert was born to Lewis Edward Gilbert and Doris Lucille (Miller) Gilbert on December 2, 1951 at Deshler, Nebraska, and passed away on August 27, 2020 at Bryan West Medical Center in Lincoln, Nebraska at the age of 68 years, 8 months and 25 days. She was one of 2 children in the family. Sue was baptized at the Davenport United Methodist Church and confirmed at the Ohiowa United Methodist Church. She transferred her membership to the Milligan United Methodist Church in 1998 and remained a member since then. Sue graduated from Ohiowa Public School in 1970. After graduation she attended Lincoln School of Commerce graduating in 1971. Sue lived in Lincoln from 1970 to 1975 and was employed by Continental Western Insurance Company. She moved back to the Fillmore County area after that and worked 1 year at the Grattopp Insurance Agency in Geneva. In October of 1976, she took employment with Nebraska Department of Health and Human Services and she retired from there on January 13, 2017 after 41 years of service. Not one to stay put, Sue also enjoyed babysitting for family and watching visitation part time for the boys at Farmer & Son Funeral Home. She was a natural and they knew they were in good hands with Sue at the door. Outside of work, Sue had many hobbies and kept busy. She served as Secretary & Treasurer of Ohiowa American Legion Unit 193 for 30 years or like Kim said “Since the Civil War!” Sue loved puzzles and met her good friend, Lori Domeier, every Thursday to put them together. She also enjoyed checking the many craft fairs that Nancy drug her to, and she was a good willing participant. She also loved going with Mary and meeting at Steve’s in Ohiowa. You never knew what kind of trouble those two would get in to. She also enjoyed meeting her good friends, Gaylen & Barb, for evenings out and she enjoyed her morning coffee at Elaine’s. Sue simply loved people. She was easy to talk to, had a great giggle, and she loved visiting. Sue was preceded in death by her parents Lewis & Doris; grandparents Ivan & Minnie Miller and Claude Gilbert & Hilda Schwisow; step grandparent Eva Trenary; and several aunts, uncles and cousins. She is survived by her sister Nancy Korbelik of Lincoln, Nebraska; niece Amy Korbelik and her fiancé Jay Locke of Lincoln, Nebraska; nephew Brandon & Genevieve Korbelik of Geneva, Nebraska; great nieces and nephews Colby, Parker, Remi, and Jayden; and godson, Brady Domeier of Geneva, Nebraska. A Memorial Service for Sue was held on Tuesday, September 1, 2020 at 10:30 a.m. at the Milligan Auditorium in Milligan, Nebraska. Kim Dunker officiated the service. The recorded selections “On The Wings Of A Dove,” “Tonight I’ll Light A Candle,” and “Go Rest High” were played during the service. Honorary Pallbearers for the service included Brandon Korbelik, Colby Korbelik, Steve Ozenbaugh, Travis Arnold, Richard Kassik, and John Kassik. Inurnment was held in the Ohiowa Public Cemetery following the Memorial Service. Farmer & Son Funeral Home was in care of the arrangements and online condolences can be left at www.farmerandsonfuneralhome.com Memorials are suggested to the Ohiowa Legion Auxiliary.

Sue Ellen Gilbert was born to Lewis Edward Gilbert and Doris Lucille (Miller) Gilbert on December 2, 1951 at Deshler, Nebraska, and passed away on August 27, 2020 at Bryan West Medical Center in Lincoln, Nebraska at the age of 68 years, 8 months... View Obituary & Service Information

The family of Sue E. Gilbert created this Life Tributes page to make it easy to share your memories.

Send flowers to the Gilbert family.