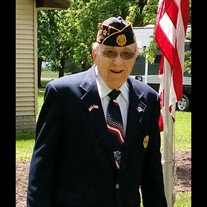 Tom C. Kassik was born on April 27, 1948 in Lincoln, Nebraska to Albert & Neva (Hawthorne) Kassik. He passed away on December 6, 2018 in David City at the age of 70 years, 7 months, and 9 days. He grew up in Milligan, Nebraska where as a young boy, he went to the Mill (Kassik Milling) with his father and helped grind feed. Tom attended school in Milligan and graduated in 1966. He then attended Milford Vocational School in Milford, Ne where he was educated in auto mechanics. After his graduation from Milford, he enlisted in the Army in 1968 and served until 1970. Upon his return from the service, he farmed and raised cattle. He later became a truck driver. He often told how he saw the entire lower 48 states and most of Canada in the 30 years he spent on the road. On March 26, 2006, He married DeLores (Miller) Hood at their home in Milligan. They later moved to Ulysses, Ne. This marriage brought along two grown daughters and two grandsons. Tom enjoyed being known as “Grandpa Tom”. Tom retired, but not quite. He enjoyed hauling grain for D & R farms when they needed him and then later for Bertrand Farms. He claimed trucking was in his blood. Tom was a member of the Milligan Volunteer Fire Department as well as a member of the Masonic Lodge in Geneva. After moving to Ulysses, he joined the American Legion in Dwight Ne. Tom suffered a heart attack and passed away on December 6, 2018. He will be remembered for his quiet manner and his gentle kindness to his family and friends. May he rest in the loving care of our Lord and Savior, Jesus Christ. Tom was preceded in death by his parents and his brother Sam Kassik. He is survived by his wife, DeLores Kassik of Ulysses, Nebraska; stepson Arley Mooney of Lincoln, Nebraska; stepdaughters Natalie Mooney-Murray and husband Thomas of North Grafton, Massachusetts, Laurie Elder and husband Robert of Ulysses, Nebraska, Linda Metzger and husband Garin of Seward, Nebraska; grandchildren Bailey Mooney of Bee, Nebraska, Ethan Murray of North Grafton, Massachusetts, Wyatt Elder of Ulysses, Nebraska, Morgan Elder of Ulysses, Nebraska; nieces, cousins, and friends. A Funeral Service for Tom was held on Monday, December 10, 2018 at 11:00 a.m. at Farmer & Son Funeral Home-Kotas Chapel in Milligan. Kim Dunker officiated the service. The recorded selections “Amazing Grace,” “In The Garden,” and “Green, Green, Grass Of Home” were played during the service. Pallbearers for the service included Bob Thompson, Rich Kassik, Dean Kassik, Garin Metzger, Bob Elder, Wyatt Elder, and Morgan Elder. Honorary pallbearer was Arley Mooney. It was Tom’s wish to be cremated following the Funeral Service. His Ashes will be placed on the family plot in the Bohemian National Cemetery at a later date. Memorials were suggested to the Dwight American Legion, Ulysses Fire Department, or Ulysses Cemetery. Farmer & Son Funeral Home was in care of the arrangements and online condolences can be left at www.farmerandsonfuneralhome.com

Tom C. Kassik was born on April 27, 1948 in Lincoln, Nebraska to Albert & Neva (Hawthorne) Kassik. He passed away on December 6, 2018 in David City at the age of 70 years, 7 months, and 9 days. He grew up in Milligan, Nebraska where as... View Obituary & Service Information

The family of Tom Kassik created this Life Tributes page to make it easy to share your memories.