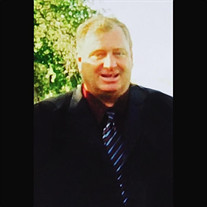 Wayne Lee Hall was born to Leonard and Doris (Yonkey) Hall on October 26, 1953 at Geneva, Nebraska, and passed away on January 6, 2022 in Geneva, Nebraska at the age of 68, 2 months, and 11 days. He was one of 7 children in the family. Wayne was raised in Exeter, Nebraska and graduated from Exeter High School with the class of 1972. He worked on the family farm and at the Steiger Implement Store. In 1974, he began his trucking career. Wayne trucked nationwide and made many friends along the way. He was a gifted mechanic and did most of his own repairs. He married the love of his life, Alice Vinson in July of 1980. They had 41 blessed and happy years together. To this union two sons were born, Wayne Lee Hall Jr. and Jonathan Wayne Hall. Wayne was very proud of his sons and loved spending time with them. Wayne is survived by his wife, Alice; sons, Wayne Hall Jr. and wife, Tiffany and Jonathan Hall; mother, Doris Hall; sisters, Diane (Alan) Dux, Gayle (Tim) Hitchcock, and Marian Kahler; broth-ers, Warren (Vicky) Hall, Wade Hall and Wynn Hall; sister-in-law, Allean Whitaker; brother-in-law, Rick (Joyce) Tarver; grandchildren, KateLynn Vinson, Jake Vinson, Amarah Carr and Preston Carr; Wayne leaves behind many nieces, nephews and friends. He will be missed by all that knew him. A Funeral Service for Wayne was held on Friday, January 14, 2022 at 11:00 a.m. at the United Church of Christ in Exeter. Kim Dunker presided over the Funeral Service. The recorded selec-tions “Thank You For Touching My Life,” “Movin’ On”(Big Wheels Rollin’) and “At The End Of Your Run,” were played during the Funeral Service. Pallbearers for the Funeral Service included Mark Kahler, Michael Kahler, Marshall Kahler, Mat-thew Kahler, Josh Vinson, and Gus Burhoop. A Graveside Service was held in the Exeter Cemetery following the Funeral Service. Farmer & Son Funeral Home was in care of the arrangements and online condolences can be left at www.farmerandsonfuneralhome.com Memorials are suggested to the family.

Wayne Lee Hall was born to Leonard and Doris (Yonkey) Hall on October 26, 1953 at Geneva, Nebraska, and passed away on January 6, 2022 in Geneva, Nebraska at the age of 68, 2 months, and 11 days. He was one of 7 children in the family. Wayne... View Obituary & Service Information

The family of Wayne Lee Hall created this Life Tributes page to make it easy to share your memories.

Wayne Lee Hall was born to Leonard and Doris (Yonkey) Hall on...

Send flowers to the Hall family.