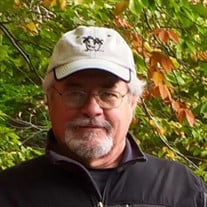 A Celebration of Life (Party!) for Billy will be held on Thursday, January 31, 2019 at 5:00 p.m. at the East Side Event Center, 711 Metal Tech Dr, Geneva, NE with Fr. Kenneth Borowiak officiating the celebration. No visitation - cremation. Private Inurnment will be held at a later date in the Geneva Public Cemetery. In Lieu of flowers memorials are to be directed to: Geneva Fire Department C/O Mike Grothe 600 F St Geneva, NE 68361 Fairmont Fire Department P.O. Box 487 Fairmont, NE 68354 Fillmore County Hospital Foundation 1900 F Street Geneva, NE 68361 University of Nebraska Foundation - Buffett Cancer Center 2285 s 67th Street STE 200 Omaha, NE 68106 https://nufoundation.org The family wants everyone to know this celebration is casual dress as how Billy would want it. William Dean Bettger (Billy) was born to Robert Bettger and Lila Lovegrove on November 11, 1949 in Geneva, Nebraska and passed away at the age of 69 on January 26, 2019 surrounded by his wife and children at University of Nebraska Medical Center in Omaha Nebraska. Billy graduated from Fairmont High School in 1968. He attended Milford Community College. After college, Billy served in the US Navy as a Seabee which took him to places like Diego Garcia and Cuba. After his service, Billy farmed in the Fairmont NE area. Billy and his wife, Susan Brower (Suzi), married on August 18, 1979. Billy and Suzi had two children - daughter Abby and son Matt. Billy was also blessed with four granddaughters - Sara, Peyton, Rylan, and Kate. Billy loved his grandchildren. They fondly call him Papa Billy. He was there when each granddaughter was born. He loved to read stories, play games, and snuggle his grandkids. Billy's love for them could move mountains. Billy loved to travel. He spent countless hours researching new routes to take with the most winding mountain trail and planning trips. He explored the country with family and friends. If you ever needed directions, he was the one to go to. His adventures took him to Prudhoe Bay, Key West, Mount Washington, the Grand Canyon, Teton National Park, the Alpine Loop, and Steamboat Springs (just to name a short few). His adventures got him stuck in high water, landed on glaciers in Alaska, driving on one-lane narrow mountain passes in the snow, running over a mattress on an interstate in Texas, and so so much more. Billy enjoyed his Friday morning breakfasts with the guys. He enjoyed catching up with friends at the Fairmont Co-op. He loved the mountains. He kept his cars clean and his garage cleaner. He taught countless kids to water ski and how to aim a water balloon launcher. Billy was an avid supporter of speech meets, football games, softball games, basketball games, dance recitals, and any activity his children were involved in. He loved to make people laugh and always had the best stories. But the thing Billy loved most was his wife, Suzi. Billy and Suzi traveled the country together. They laughed a lot. They made countless friends. She was his companion and best friend. If you ask someone if they knew Billy, the answer is likely yes. If you ask them to tell you a story about Billy, they probably can. Billy left a lasting impression on most everyone who had the fortune to know him. His infectious laughter, mischievous smile, warm hugs, and ornery sense of humor will live on in those who love him. Billy was preceded in death by Lila Bettger (mother) and John H Brower (father in-law). He is survived by Susan Bettger of Geneva NE (wife), Robert Bettger of Fairmont NE (father), Charlene Brower of Geneva NE (mother-in-law), Abby (Wade) Lancaster of Castle Rock CO (daughter), Matt (Kristin) Bettger of Fairmont NE (son), Robert (Sandy) Bettger of Fairmont NE (brother), Paul (Carol) Bettger of Fairmont NE (brother), Peyton Lancaster and Rylan Lancaster of Castle Rock CO (granddaughters), Sara Bettger and Kate Bettger of Fairmont NE (granddaughters), Jerry and Sharon Hockemeier of Eagle NE (in laws), Jim and Barb Brower of York NE (in laws), John and Kathie Brower of Geneva NE (in laws) and many beloved nieces and nephews.

A Celebration of Life (Party!) for Billy will be held on Thursday, January 31, 2019 at 5:00 p.m. at the East Side Event Center, 711 Metal Tech Dr, Geneva, NE with Fr. Kenneth Borowiak officiating the celebration. No visitation - cremation. Private... View Obituary & Service Information

The family of William D. "Billy" Bettger created this Life Tributes page to make it easy to share your memories.

A Celebration of Life (Party!) for Billy will be held on Thursday,...